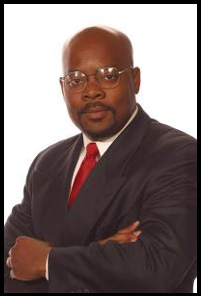 Photo is courtesy of the Colorado Department of Regulatory Agencies

Munn, who in his most recent role managed the business side of Colorado's government and ensured consumer protection, will assume his new duties Nov. 2.

"Rico has done an outstanding job leading and improving the Department of Regulatory Agencies," Ritter said. "He also has a passion for education and the strong management skills necessary to help us build the best higher-education system in the country."

From 2002 to 2007, Munn represented Colorado's First Congressional District on the State Board of Education, which provides oversight for Colorado's K-12 public schools. He also served as an adjunct professor of law at the University of Denver's Sturm College of Law. Munn earned his law degree from DU in 1996 as a Chancellor's Scholar; he earned a bachelor's degree from Midland Lutheran College.

CU President Bruce Benson said he has had initial discussions with Munn, and looks forward to working with him further.

"He has the skills and experience to be an effective leader who will work with all of Colorado higher education to ensure that it meets the needs of our state and its citizens," Benson said.