About 100 UCCS faculty, staff and students attended an Aug. 5 ribbon-cutting ceremony to celebrate the completion of UCCS’s newest residence halls, Copper and Eldora. 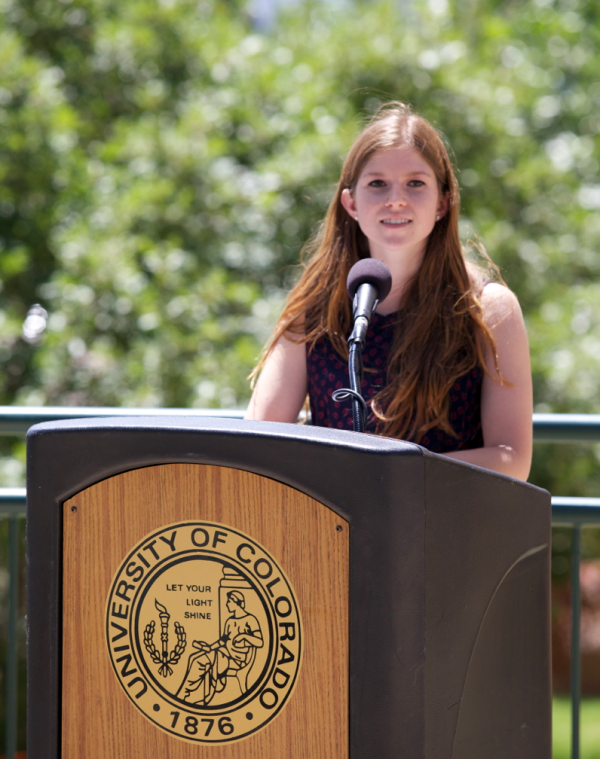 UCCS student and resident adviser Kimberly Sheridan hopes new students will enjoy Eldora and Copper as much as she’s enjoyed her time in housing.

“This is what progress and fulfillment of our mission is all about,” Chancellor Pam Shockley-Zalabak said.

Shockley-Zalabak cited statistics that students who live in campus housing have better grades and graduate sooner.

CU Regent Kyle Hybl noted the progress made by UCCS in fulfilling its mission to be CU’s growth campus, using words such as “scrappy” to describe the ability of the campus to succeed despite lack of state funding.

Kimberly Sheridan, a resident assistant, spoke of the confidence she gained as a student living on campus.

Susan Szpyrka, vice chancellor, Administration and Finance, served as the event’s master of ceremonies and led the cutting of a ceremonial ribbon.

Following the ribbon cutting, members of the Office of Residence Life & Housing and Facilities Services gave tours of the two buildings.

About Copper and Eldora 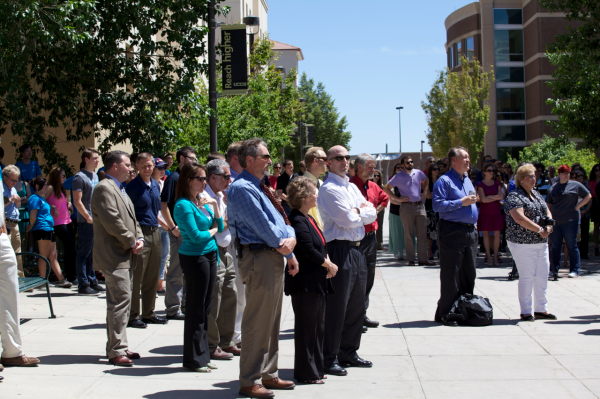 UCCS faculty, staff and students gather to watch the ribbon be cut.

The two new towers will provide 192 beds to serve an increasing population of resident students. Rooms will be single occupancy, three-person suites and four-person suites.

Both buildings were built to Leadership in Energy and Environmental Design Gold certification. Once awarded, the halls will be the first residential halls with LEED designation at UCCS.

No state funds or taxpayer dollars are being used to fund the expansion. The buildings are bonded and rents paid by student occupants cover the annual bond payment, utilities and other operating expenses.