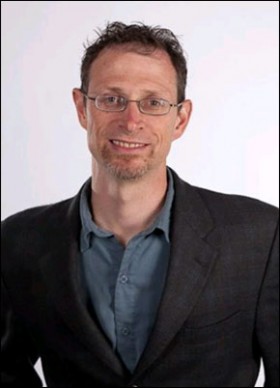 In the first-ever quantification of energy expended by humans during sleep, a University of Colorado team has found that the metabolic cost of an adult missing one night of sleep is the equivalent of walking slightly less than two miles.

The new findings will help researchers further understand one of the important functions of sleep in humans, said CU-Boulder Associate Professor Kenneth Wright. The leader of the study said the goal was to measure and quantify energy expenditure during both sleep and wakeful periods.

"While the amount of energy savings for humans during sleep may seem relatively small, it actually was a little more than we expected," said Wright, a faculty member in CU-Boulder's integrative physiology department and director of CU-Boulder's Sleep and Chronobiology Laboratory.

A paper on the subject was published in the January issue of the Journal of Physiology. Co-authors included CU-Boulder's Christopher Jung and Emily Frydenall, as well as Assistant Professor Edward Melanson, Dr. Leigh Perreault and Dr. Robert Eckel of the University of Colorado School of Medicine. Jung, first author on the paper, earned his doctorate from CU-Boulder in 2009 and is now at the University of Alaska.

The study showed that, compared to a typical night of sleep, the amount of energy expended by study subjects during 24 hours of sleep deprivation was up about 7 percent. In contrast, energy expenditure decreased by about 5 percent during the recovery episode, which included 16 hours of wakefulness following the sleep deprivation night, then eight hours of recovery sleep, Wright said.

"Understanding the function of sleep, especially in humans, is considered one of the most important scientific enigmas," said Wright, who also is an adjunct faculty member at the University of Colorado School of Medicine.

The study, which included seven young adult subjects, was tightly controlled. All participants were required to stay in bed for the entire three-day study. Their diets met individual daily energy requirements, and the content and timing of each meal was exactly at the same time each day during the lab study. The subjects spent the sleep deprivation night in bed watching movies, reading and talking, Wright said.

As part of the study, the researchers studied the effects of sleep stages ranging from light sleep to rapid-eye movement sleep to deep, "slow wave" sleep and awakenings from sleep on whole body energy expenditure, Wright said. The study indicated the most energy was expended during natural arousals from sleep, which occurred less often during the eight-hour sleep episodes following sleep deprivation.

The amount of energy saved during sleep by the study subjects likely would have been higher if they were allowed to continue sleeping after the eight hours of recovery sleep rather than being awakened, which was the final step in the study, Wright said.

The study may have implications for those with sleep disorders such as insomnia or sleep apnea. Insomnia, marked by difficulty going to and staying asleep, and sleep apnea, marked by frequent arousals from sleep, may mean such people "are burning the furnace at a higher rate at night because their sleep is disturbed," Wright said. He noted that more research is needed to address this issue in patients with sleep disorders.

It's likely that the metabolic costs of sleep deprivation would have been higher if the subjects had not been restricted to bed rest and had opportunities to walk around and perform various tasks, said Wright. Other studies have shown that sleep deprivation reduces the levels of leptin – a hormone responsible for telling the brain that the body is satiated – which could mean late-night snacking by "free-ranging" humans, he said.

"One question we have is why humans don't conserve more energy during sleep," he said. "We think there are multiple functions of sleep, and that some energy conserved during sleep may be redistributed to support other important physiological processes." Some energy conserved by sleep might be used for nighttime physiological activities like immune-system function, the strengthening of connections between neurons in the brain as a result of daily learning and experience, and hormone synthesis and release.

One of the health areas scientists are very interested in is how sleep loss may contribute to weight gain and obesity, Wright said. He stressed that energy expenditure during sleep deprivation is neither a safe or effective strategy for weight loss, and that other studies have shown chronic sleep deprivation is associated with impaired cognition. He said more research is needed to understand how short nighttime sleep schedules, typically six hours or less a night across many days, contribute to weight gain and obesity.

A 2006 study by Wright and his colleagues showed that people awakened after eight hours of sound sleep have more impaired thinking and memory skills than they do after being deprived of 24 hours of sleep.

Send your thoughts and suggestions for the Newsletter.
END_OF_DOCUMENT_TOKEN_TO_BE_REPLACED