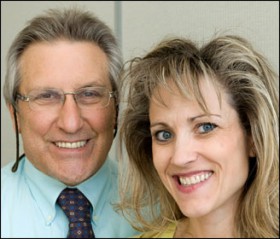 Liposuction has become one of the most popular plastic surgeries in the country. It has been around since 1974 and there are now more than 450,000 operations a year. But does the fat come back?

A recent study by Teri L. Hernandez, Ph.D., R.N., and Robert H. Eckel, M.D., at the University of Colorado School of Medicine, found the fat eventually returns within a year and is redistributed to other areas of the body, especially the upper abdomen. Further redistribution occurs around the shoulders and triceps.

"The fact that fat returned is of great interest to us as scientists. It supports the idea that levels of body fat are very tightly regulated by mechanisms we have yet to uncover," Eckel said. "This was the hypothesis we were testing and it was confirmed. In rodents, when fat is removed it returns, and after weight loss in humans, most everyone regains the weight. We think the brain somehow knows how much fat is on board and responds in a manner to regulate that weight. That's why preventing obesity is so important."

The study was a difficult one to execute because fat must be measured precisely with expensive scans that require multiple resources and considerable manpower. The University of Colorado is one of a handful of institutions that could facilitate this type of highly controlled study.

Obesity researchers said that they are not surprised the fat came back. Data from animal models have shown that after surgical removal, fat tends to return to other areas. The liposuction study performed at the University of Colorado is the first randomized controlled trial in humans.

"We must emphasize that liposuction surgery is not a weight loss procedure. Our research participants are wonderful women who sought to change their shape through liposuction. Despite fat returning, their cosmetic shape benefit was retained and they have been very happy with their surgery results," Hernandez said.

This paper was published in the latest issue of Obesity.