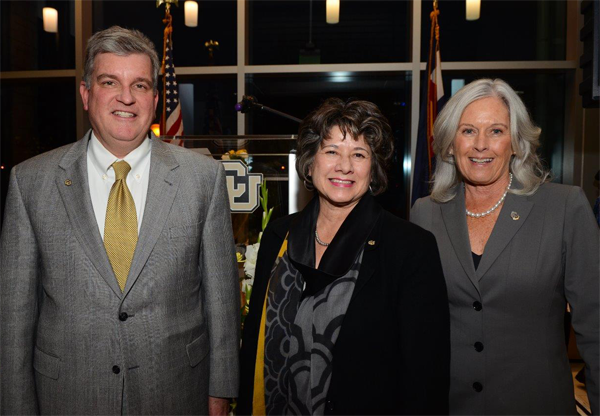 The CU Board of Regents on Wednesday officially welcomed two new members and one returning member as the three recently elected representatives took their oaths of office during a ceremony at CU Denver’s Student Commons Building.

Nancy Rice, chief justice of the Colorado Supreme Court, administered the oaths of office for John Carson, Irene Griego and Linda Shoemaker, each of whom won their elections in November. Their six-year terms on the nine-member board have begun. 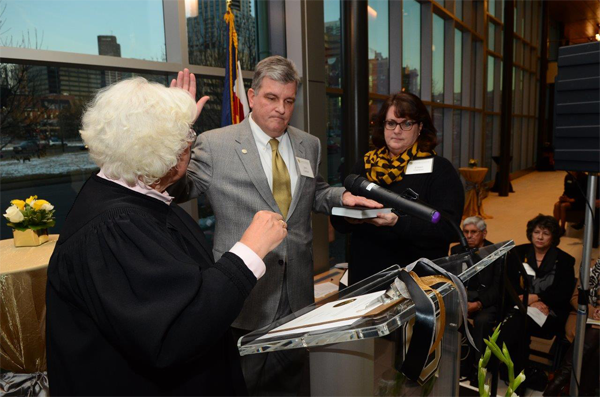 Regent John Carson -- with his wife, Eileen -- is sworn in by Chief Justice Nancy Rice. (Photo: Casey Cass/University of Colorado)

John Carson, R-Highlands Ranch, represents the 6th Congressional District. He is an attorney in corporate practice in Greenwood Village. A CU alumnus, he earned bachelor’s and law degrees at the University of Colorado Boulder and a tax law degree from Georgetown. In 1983, he received CU’s Thomas Jefferson Award for leadership. He also has served on the CU Law Alumni Board. Carson was president of the Douglas County Board of Education from 2009 to 2013, and served on the board beginning with his election in 2005. He also served in the Marines and has extensive experience working on Washington’s Capitol Hill. 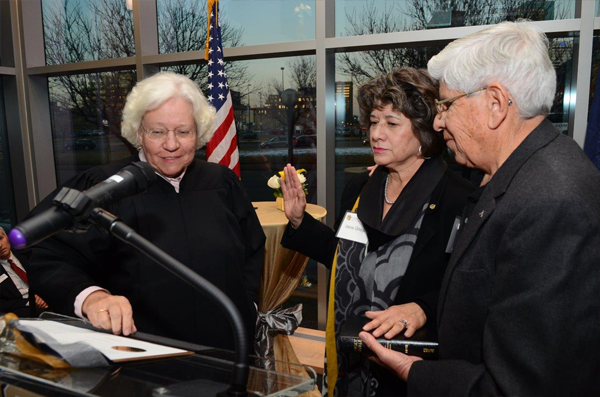 Regent Irene Griego is joined by her husband, Al, while being sworn in by Chief Justice Nancy Rice. (Photo: Casey Cass/University of Colorado)

Irene Griego, D-Lakewood, represents the 7th Congressional District. She has 40 years of experience in education, from pre-K to university level, as a teacher, principal, administrator and university instructor. She earned her bachelor’s degree at CU-Boulder and doctorate at CU Denver, with a master’s degree from the University of Northern Colorado in between. She is the recipient of numerous school and community awards. She joined the Board of Regents in December 2011 after being appointed by Gov. John Hickenlooper to a seat formerly held by Regent Monisha Merchant. Griego first won election in 2012, and currently serves as the board’s vice chair. 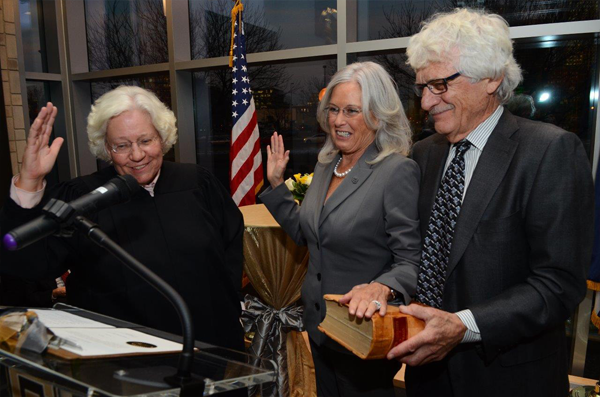 Linda Shoemaker, D-Boulder, represents the 2nd Congressional District. She is a former journalist and attorney who has devoted the past 20 years to advancing quality public education in Colorado. A CU-Boulder alumna, she was elected and served as president of the Boulder Valley School District Board of Education, was founding board chair of the Bell Policy Center, and currently serves as president of the Brett Family Foundation, which she co-founded in 2000 with her husband, Steve Brett. Across the CU system, she has served and supported the Journalism Program Advisory Board, the CU Foundation Board of Trustees and the CU Advocates program.

"Some things in life have such an impact, you never can shake them. The University of Colorado had that impact on me," Carson said. "I believe education is the key to the American Dream."

"Being the first to graduate from college in my family was quite important. ... I see the values my parents have given me as gifts. ... All people have rights, and all people should have the opportunity to graduate from this great university," Griego said.

"This is a dream come true for me. ... We have huge challenges. We've got to figure out how to remain a world-class public research university which is not supported by the state (in funding). ... We can show the country that it can be done," Shoemaker said.

The board and its newest members won’t wait long to get to work: The regents’ mid-winter retreat begins this morning at President Bruce Benson’s ranch in Silverthorne. The agenda for the meeting, which is scheduled to run through noon Friday, is posted here.