Current and future efforts to address issues of diversity, equity and inclusion within the University of Colorado community are broad and deep, CU leadership reported Tuesday to members of the Board of Regents.

But while President Mark Kennedy, Chief Diversity Officer Theodosia Cook and the four campus chancellors cited lengthy lists of accomplishments and initiatives, they acknowledged that much work remains. 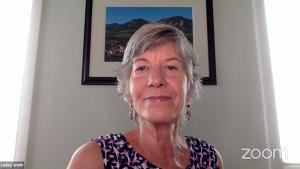 “This is the first step of an important journey to elevate diversity, equity and inclusion across the CU system,” said Board of Regents Vice Chair Lesley Smith. “We want to see progress. We’re going to hold administration accountable. And we want to see the needle move.” 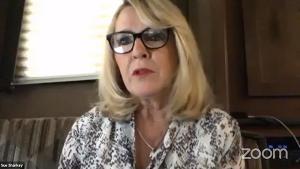 Smith chairs the board’s Governance Committee, which teamed with the University Affairs Committee, chaired by Regent Sue Sharkey, for the first joint meeting of the two committees. Between the two, they account for eight of the board’s nine members. While Regent John Carson did not take part in Tuesday’s meeting, held remotely and livestreamed, they were joined by Chair Glen Gallegos. A recording of the meeting is posted here. 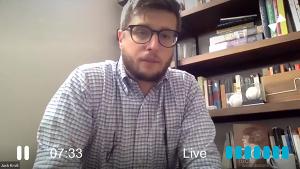 Tuesday’s meeting was organized after Regent Jack Kroll introduced a resolution at the board’s June 18 meeting. The resolution listed eight immediate action steps for the university to take “to ensure a system that is fair, equitable, and accountable for all students, faculty, staff, alumni, and community members.” The board referred the resolution to its University Affairs and Governance committees for further review and opportunities to hear input from the university community. 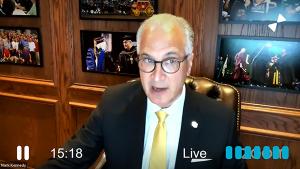 In his report to the board, President Kennedy demonstrated how the steps listed in the resolution already have been completed or are being addressed, along with further action.

“We have made progress, but we still have much more work to do and much more listening and learning to do,” Kennedy said. “We're in this for the long haul and we are committed to success. Achieving success means everyone has to be engaged. Diversity, Equity and Inclusion isn't just our new Chief Diversity Officer Theodosia Cook’s job or a campus CDO’s job, it must be a focus for every one of us and we must work together to get where we need to go.” 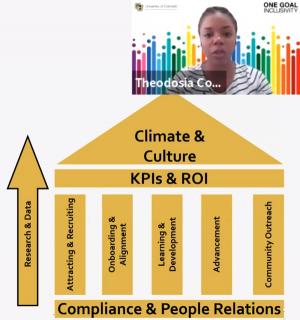 Cook discussed the role of a CDO and described work that’s underway. In the works are the spring 2021 launch of a systemwide diversity campaign and an improved climate survey.

The four chancellors reviewed ways in which they and other leaders have engaged with an energized university community in the months since the death of George Floyd led to calls for change. 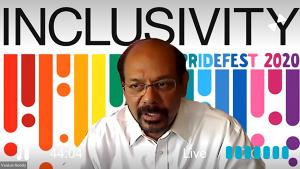 At UCCS, Chancellor Venkat Reddy said, “We’re very fortunate we have a campus community invested in the issues of diversity, equity and inclusion.” Expanded curriculum and training for senior leadership have been called for. At CU Denver, the most diverse campus in the system, Chancellor Michelle Marks pointed to action steps that resulted from input she received during her first weeks on the job. CU Boulder Chancellor Phil DiStefano gave an update on eight actions for change, designed as immediate steps before the fall semester. CU Anschutz Chancellor Don Elliman noted the June establishment of a dedicated Office of Diversity, Equity and Inclusion on the campus.

“We (chancellors) all recognize this is a moment in time, a situation that has prompted interest in and a focus on the issues of diversity, equity and inclusion,” Elliman said. “It gives us an opportunity that we would be, frankly, remiss if we didn’t take advantage of to make significant progress. … Shame on us if we don’t take advantage of (this moment).”

Kroll commended President Kennedy and the administration for pursuing the calls to action in his resolution, which he said he doesn’t plan to bring back to the board for a vote. He said institutions like CU in the past have talked more about diversity, equity and inclusion than taken action.

“We simply must do better,” Kroll said.

Regent Chance Hill said he remains concerned with diversity of thought, notably among faculty. “We have to continue to focus on all aspects of diversity.”

Other board members, including Irene Griego, Linda Shoemaker and Chair Gallegos emphasized the board’s responsibility in holding leadership accountable for the actions being taken at the campuses and across the system. Smith said the board must prioritize measurable goals, the development of a timeline and expects timely reporting from leadership to regents.

Smith said she and Sharkey will ask staff to prepare committee recommendations to submit to the full board at its September meeting.

Tagged with:
Board of Regents, President Mark Kennedy, diversity, Strength Through Diversity