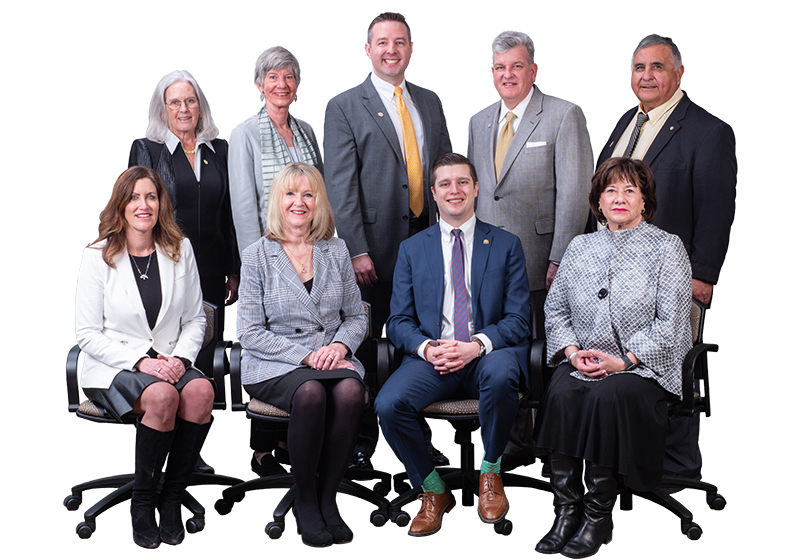 The University of Colorado Board of Regents spent the bulk of its winter retreat last week exploring the issue of respect, in terms of how board members work with one another and the administration, as well as how it oversees the university and runs its meetings.

“This is one of the most important discussions we will have as a board, and it should be a frank and honest discussion,” said Regent Sue Sharkey, chair of the board’s Governance Committee, which plans the retreat. Participants of the Jan. 9-10 event at the Gaylord Rockies Resort and Convention Center in Aurora also included the four campus chancellors, President Mark Kennedy and his executive staff. The topic of respect was agreed upon months ago and honed by the governance committee in anticipation of the retreat. The regents enlisted the help of two facilitators to guide separate discussions of the issue.

Chris Chopyak of the management consulting firm Arlosoul walked the board through some basic concepts of respect, focusing on defining the term, finding common ground and understanding how the brain processes information. She asked the board to focus on the governance outcomes it seeks, how it is optimizing to achieve those outcomes, and identifying barriers.

After extensive discussion, the board members arrived at four big-picture principles to guide them in their work:

The board also discussed the importance of working with President Mark Kennedy to find common ground and achieve common goals.

“I believe Mark is the right person to lead us in those discussions and we need to support him,” said Regent Irene Griego.

Day two of the retreat was led by Dr. Cathy Trower, author of “The Practitioner’s Guide to Governance as Leadership” and “Govern More, Manage Less.” She worked to build on the understandings reached during day one and extend them.

“The issues facing the president and Board of Regents are multi-layered, complicated, nuanced, and include history, structure, culture and personalities,” she said.

Trower suggested that the board had two primary tasks to achieve out of the retreat discussion: to determine ways to support the president and to build a culture of excellent governance where the regents focus on issues of strategic significance to CU’s long-term success. Trower also articulated some principles of good governance, including creating policy through committees, speaking with one voice and engaging in collaborative policy setting with university constituents. While CU’s board and administration have had some success in those areas, they need to identify the gaps between the ideal and the reality and bridge them, she said.

One example that generated lots of discussion was the occasional practice of some regents to bring forward resolutions the day of meetings (or in meetings), which surprised their colleagues and inhibited discussion of issues. President Mark Kennedy said it would be productive for the regents to engage the administration early on issues so he and his team could work to suggest good solutions.

“Bring issues to us and let us see if we can move them in a direction where we can get more buy-in,” he said. “It takes time and work and it doesn’t come spontaneously.”

After extensive discussion and interactive exercises, Trower led the board to agree on tactics to start, stop and keep as it moves to better governance. Among the issues to start were using committees to vet issues in advance, creating a culture of inquiry on the board, fostering accountability, being open-minded, and furthering transparency. Among the issues to stop were bringing resolutions from the floor during meetings, doing end-runs on president and administration, violating confidentiality, and viewing governance through a political lens. Issues to keep included having the chair and vice chair from separate political parties, working on effective governance, and finding win-win situations for the board and administration.

Regents and administrators finished the two-day sessions on an optimistic note, agreeing to work together in the best interests of the university.

“I think we made some real progress,” Sharkey said.

Tagged with:
Board of Regents, Mark Kennedy