The CU Board of Regents voted against a resolution that would have provided a $1,000 credit on tuition for full-time students and a $500 credit on tuition for part-time students per semester for fiscal year 2020-21. It also would have resulted in more furloughs and layoffs to pay for the credit, university officials said. The resolution, presented by Regent Heidi Ganahl, lost in a five-four vote. 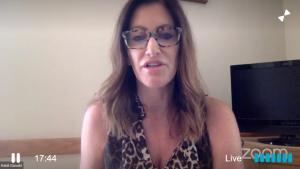 Several of the regents who voted against the resolution said it was brought forward too hastily and that it was not fiscally prudent, given the uncertainty ahead with COVID-19 and campus reopenings.

To fund the tuition credit, Ganahl suggested the board dip into budget reserves. “I can’t think of a better reason to do it than to share the pain of our fellow students,” she said. 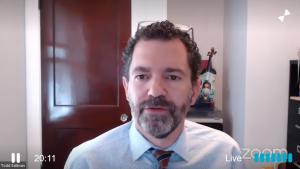 However, Todd Saliman, senior vice president of strategy, government relations and chief financial officer, said the cost of the resolution would be some $65 million per semester, or $130 million for the year. He also said reserves have been stressed by the response to COVID-19 and a dip in state funding.

“We think this type of budget impact will have a significant, negative effect on our ability to provide a quality academic experience, and it would also have a significant negative impact on staff and faculty morale because it would result in additional layoffs and furloughs,” Saliman said.

“When you combine our holding tuition flat again this year and the strong level of financial aid we provide, and the increased aid received by students in the Cares Act, inflation-adjusted, out of pocket costs for the last two years have decreased,” Kennedy said. “Students on average are paying less than they did two years ago.”

Kennedy said CU has already been making tough decisions, noting the budget took a $250 million hit, the campuses each took 10% budget cuts, the majority of CU’s workforce has taken pay cuts and furloughs, and 150 employees have been laid off.

Kennedy has also been working with the CU Foundation to provide a $5 million additional emergency financial aid to those students who face the greatest financial need. The money would be allocated to the campuses based on enrollment.