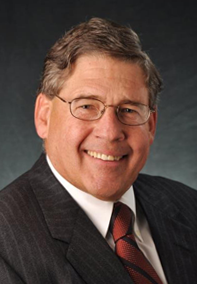 The University of Colorado Board of Regents debated the idea of intellectual diversity among faculty during the board’s Tuesday meeting, with Regent James Geddes, R-Sedalia, calling for university leadership “to take an active approach to diversify our faculty.”

At the meeting on the CU Anschutz Medical Campus, campus chancellors presented brief reports on intellectual diversity in program offerings, student activities and among faculty; the reports, requested by the board, were followed by a discussion that revolved around perceptions of CU-Boulder and the nebulous nature of defining and measuring intellectual diversity.

“Like it or not, the University of Colorado, particularly the Boulder campus, has a large reputation for being a liberal campus made up essentially of all liberal professors,” said Geddes, adding that those faculty are “good people” and he wouldn’t disparage their work. “What’s good for our students, and what would distinguish the University of Colorado from being a very good state university to being bar-none the best in the world, would be to take an active approach to diversify our faculty.”

Geddes said CU could further distinguish itself nationally by taking on such an effort. “How can you do it? That’s up to the experts like Phil (DiStefano).”

The CU-Boulder chancellor said differences in politics, backgrounds and experiences are abundant across the campus, where he noted “everyone – faculty, staff, administration – is dedicated to ensuring our students experience strong personal growth that, in many ways, only college can offer.”

Regent Stephen Ludwig, D-Denver, said assumptions about a lack of diverse perspectives are being made not on the basis of facts, but on anecdotal evidence.

“It leaves me wondering, how do we get the facts?” Ludwig said, adding that he doesn’t want the university to be checking party affiliation in public documents of faculty. “It points to a political agenda. The other challenge is, who is a true conservative and who isn’t? Who gets to decide what that is? Again, it’s highly problematic and inappropriate.”

Regent Steve Bosley, R-Broomfield, said that "if the vast number of faculty in an individual program, department or school have a sameness of a philosophical perspective, then exposure of another view is missing for our students."

Geddes later said, “Conservative scholars are just not welcome at the University of Colorado Boulder. That’s a problem. … Don’t hide your head in the sand. I say we measure it.”

In leading the campus presentations, UCCS Chancellor Pam Shockley-Zalabak said the university has structure in place that encourages the provision of diverse perspectives to students; the assertion was seconded by DiStefano and CU Denver Chancellor Don Elliman.

“I believe our structure and the processes we use are not perfect, but they do create diverse perspectives and intellectual experiences for our students,” Shockley-Zalabak said. In response to a question from Ludwig, the chancellors said they have not personally fielded complaints from students about “voices being silenced.”

In March, CU-Boulder announced the appointment of Steven Hayward as the first Visiting Scholar in Conservative Thought and Policy. When he begins teaching undergraduates this fall, he and his students “will be discussing the very nature of conservative thought and policy,” DiStefano said. He told the board that the hiring process, which involved current faculty as well as donors who funded the position, went especially smooth. “I’m very proud of the faculty and the way they handled themselves.”

Geddes said he had heard positives about that process, and congratulated the team. “I hope that it will be a successful program,” he said. “But it was privately funded, it was an initiative from the outside, and it’s small. It’s one guy. We’ve got a thousand faculty up there.”

Also at Tuesday’s meeting, the board heard a presentation on campus efficiencies from Todd Saliman, vice president of budget and finance and chief financial officer for the CU system. While leadership continues to seek and achieve savings, some told the regents that the tendency toward leaner operations may have reached its limit.

“We’re about to launch a multi-year, comprehensive study on how we manage our research enterprise,” Elliman said. “I can virtually promise you the result will be (findings that) we’ve cut far more than we should have. And the risk profile we are experiencing because of that is something we’re going to have to document to you.

“We have gone too far and we’re going to need to come back the other way.”

“In terms of FTE, we have wrung out everything we think we can reasonably do,” she added, noting that the study Elliman mentioned likely will show the campus is under-resourced.