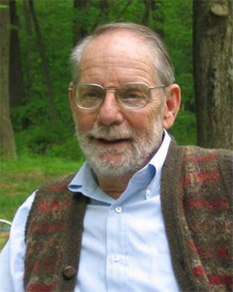 John McPhee, the Pulitzer Prize-winning author of “Encounters With the Archdruid” and “Coming Into the Country,” will receive the Wallace Stegner Award from the University of Colorado Boulder’s Center of the American West on Oct. 27.

The center's highest award will be presented at a 7 p.m. event in the Old Main Chapel on the CU-Boulder campus. The evening will feature a discussion with McPhee conducted by Patty Limerick, professor of history and chair and faculty director of the Center of the American West, and Charles Wilkinson, distinguished professor, and Moses Lasky, professor of law at CU-Boulder.

This year marks the 40th anniversary of McPhee's “Encounters With the Archdruid,” a book Limerick has long heralded as the Center of the American West’s “founding text” because of its inspiring demonstration of civil dialogue on contentious issues. McPhee also is the author of “Basin and Range” (1981), “In Suspect Terrain” (1983), “Rising From the Plains” (1986), “The Control of Nature” (1989) and “Assembling California” (1993).

“Each time I have assigned McPhee’s ‘Encounters With the Archdruid’ to a class, I take great pleasure in reading it again,” Limerick said. “Since I assign it in nearly every course I teach, that means I may be coming up on my 50th reading of it. If there is anyone who cares about the West but who has not read this book, it’s time to take action.”

Each year, the Center of the American West presents the Wallace Stegner Award to a person who has made a sustained contribution to the cultural identity of the West through literature, art, history or lore of the West. Past recipients include Tom McGuane, Sandra Day O'Connor, Ivan Doig, John Echohawk, Billy Frank, Terry Tempest Williams, John Nichols, Vine Deloria Jr., Ted Turner and many more. This year’s award was made possible by Alan and Carol Ann Olson.

Tagged with:
Center of the American West