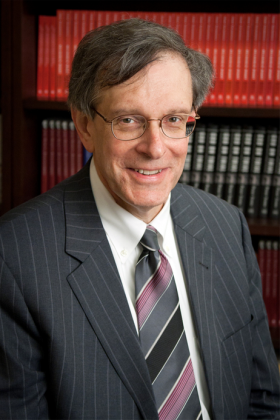 The importance of separating government and religion will be the focus of a 7 p.m. July 18 event at the University Center Theater.

Rev. Barry Lynn, executive director, Americans United for Separation of Church and State, will discuss what he perceives to be the predominant issues concerning religious liberty in his talk titled, “Three 800-Pound Gorillas are Attacking the Wall of Separation Between Church and State: And It Is No Joke.”

According to Jeff Scholes, assistant professor, Department of Philosophy, and the director of the Center for Religious Diversity and Public Life, the line between church and state is often blurred. He hopes the event will help clarify the subject and provide a safe environment to talk about the issue.

“The American public is very polarized on how they believe church and state should interact, and for many on either side of the debate, there is little room for compromise,” Scholes said. “We want to provide a space where people can talk about a pressing religious issue such as this and feel safe and respected.”

During the event, Lynn will give a 25-minute presentation, which will be followed by an audience-led question-and-answer session.

The event is free and open to the public, but tickets are required as seating is limited. The UCCS Department of Public Safety will provide complementary parking for the event in Lot 3. For tickets, please visit revbarrylynn-auco.eventbright.com.

The event is sponsored by the UCCS Center for Religious Diversity and Public Life, and the Colorado Chapter of Americans United.

Americans United is a religious liberty watchdog group based in Washington, D.C. Founded in 1947, the organization educates Americans about the importance of church-state separation in safeguarding religious freedom.

Since 1992, the Lynn has served as executive director of Americans United for Separation of Church and State, a Washington, D.C.-based organization dedicated to the preservation of the Constitution’s religious liberty provisions. In addition to his work as a long-time activist and lawyer in the civil liberties field, Lynn is an ordained minister in the United Church of Christ, offering him a unique perspective on church-state issues.

For more information about the UCCS Center for Religious Diversity and Public Life, and future events, contact Jeff Scholes at jscholes@uccs.edu or go to: www.uccs.edu/rdpl.