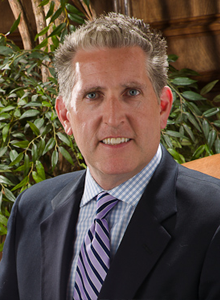 Dialogue about the issue, which the Board of Regents has made a priority in recent months, lasted for about an hour at the meeting at the University of Colorado Denver. Gallegos and Ludwig stressed that precarious state funding for higher education compels the board to be more critical when overseeing allocation of resources, but also said they are not targeting a certain number of programs – if any – for discontinuance. 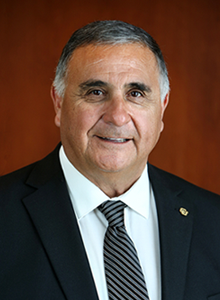 “I’m not going to sit here and say there isn’t anything we wouldn’t cut,” said Gallegos, a Grand Junction Republican. “Let’s take a good look at ourselves.”

Ludwig, a Denver Democrat, said CU is “in a resource-constrained environment,” and that chances are slim that the university and other institutions of higher education will see state funding increase to past levels.

“What the board has asked the campuses to undertake with faculty is (asking): What are we world-class in? What are we underperforming at, and where do we need to invest more? How do we take limited resources and focus on what we need to be focusing on?” Ludwig said.

Laura Borgelt, vice chair of the Faculty Council, asked how the regents’ prioritization process will be different from the scrutiny that programs already undergo annually at the campus level.

“A concern we’ve got (is that) we’re always very nice to each other about it, but we grow and grow, and sometimes we don’t like to make hard decisions," Ludwig said. "This (process) brings discipline. … The process you’re going through now (at the campuses) will inform this whole process.”

Gallegos said he expects campus leadership to work with their faculty in determining criteria that would help determine a ranking of programs that would inform the board regarding allocation of resources.

Asked Faculty Council member Bruce Neumann, “What happens afterward? When the campuses have done their thing … and the board reviews it and says, ‘You didn’t do enough, didn’t cut enough.’”

Ludwig said the board has no target in mind.

“We’re trying to be respectful of the culture that we have, so we’re not dictating what the criteria are, eigher,” Ludwig said. “But we expect it to be robust, thoughtful and honest.”

Faculty Council member Pam Laird asked if campuses would be compensated, financially or otherwise, for the extra work that a new program prioritization process would create for administrators, faculty and staff. Council member David Port described accreditation demands at the CU Anschutz Medical Campus and the ongoing requirements for grants and the accompanying “massive reports that every department undergoes on a regular basis.”

“If you impose on us another review, guess who will do that work again? Us,” Port said. “That’s what’s going to happen.”

Gallegos said he didn’t believe the process would become an unfunded mandate, and that money might have to be found for such efforts, depending on what they entail. Ludwig said it will be up to faculty to work with their campus leadership to determine how best to go about the work without causing burnout of faculty, staff and administrators.

“If you’re stuck with doing tons of reports, that needs to be part of the conversation, I agree,” Ludwig said. “No one wants you to spend tons of time on reports – that’s not why you’re here.”

Faculty Council members Peggy Jobe and Catherine Kunce said the regents seem to be framing the endeavor in terms of productivity and efficiency at a time when the university has undergone years of administrative belt-tightening.

“It’s not about having you do more with less. That’s not the intent,” Ludwig said. “It can’t be about time efficiency; it’s about, how do we determine where we put the money we’ve got?”

Council member Mark Malone said that what faculty ultimately are worried by is the possibility of program discontinuance, but said each campus already has policies in place for dealing with such cases.

“I think you’re trying to solve a problem that isn’t really a problem,” Malone said. “No dean is going to support a program that’s ineffective or losing money over a long term.”

Ludwig said he welcomed the meeting’s debate, but that faculty should consider why the board would be pursuing the effort.

“The prioritization process, for me, is a way to say, ‘Let’s take this more seriously.’ That’s what I’ve heard on the board for the last six years, that we already do this.”

The meeting concluded with Ludwig suggesting that faculty members and regents talk more about the topic in smaller, less formal groups.

Tagged with:
Board of Regents, Faculty Council, Gallegos, Ludwig