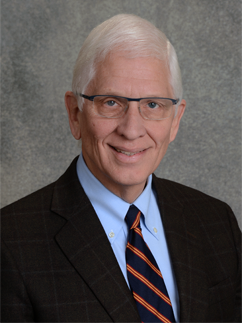 When M. Douglas Jones Jr., M.D, his daughter Monica Federico, M.D., and son-in-law Steven Federico, M.D., made the decision to give $20,000 for a current-use diversity scholarship for a medical student, you might think their decision stemmed from their love of medicine. Though doctors do tend to run in this family, the Jones/Federico Medical Scholarship can be traced to one particular San Antonio judge and family patriarch.

“My grandfather was one of the only Spanish-speaking judges in San Antonio at a time when this was quite rare. He was very involved in the Latino community,” Monica Federico says, adding that it similarly influenced her father.

Jones says that because of his father’s influence while growing up in San Antonio in the 1940s and ’50s, “I always felt an affinity to the Spanish-speaking community.”

Federico adds, “My dad encouraged me to learn to speak Spanish, to travel. Though he encouraged me to practice medicine, this scholarship, which is designed to serve a Spanish-speaking population, is more about what his dad had done for the community.” 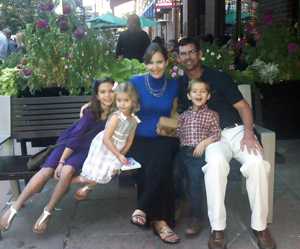 Today, this family trio of doctors, each of whom teaches at the CU School of Medicine, keenly understands how prohibitively expensive a medical education can be, and the importance of a diverse physician workforce. Jones is a neonatologist at Children’s Hospital Colorado and is senior associate dean for clinical affairs at CU Anschutz. Monica Federico sees patients and helps direct the Asthma Program at Children’s Hospital Colorado. Steven Federico is a pediatrician at Denver Health.

“From a professional point of view, it is terribly important that patients have the opportunity to pair with physicians who share a similar cultural background. So much of medicine involves communicating with patients and understanding the circumstances in which health care challenges occur,” Jones says. “Care is improved when physicians and patients understand one another. That is facilitated by a match in culture and background, not just in language.”

The Jones/Federico Medical Scholarship, which provides support during all four years of medical school, was awarded to Aurora resident Julio Montejano, scheduled to graduate in 2017. “Julio is a spectacular young man and we are honored to participate in his medical education,” Jones says.

“He has goals to change the world,” says Federico. “Also, he is a really impressive person … If I applied now, if I were competing with him, I don’t think I would have gotten into medical school!” she says, laughing.

Jones and Federico noted that a one-to-one match from the Office of the President made the gift particularly appealing to them. President Benson has pledged to continue this match through 2015. For information on this giving opportunity, contact Karen Aarestad at karen.aarestad@ucdenver.edu.

“People make philanthropic decisions on their own, and their decisions have to fit their own particular circumstances,” Jones says. “I support CU because in supporting the university, I support the citizens of a state that is my home and that I love.”