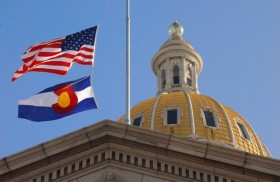 University of Colorado employees will not be required to take furlough days due to the current economic downturn, unless they volunteer to take them, and their campus leadership approves such leave, according to university officials.

According to E. Jill Pollock, chief human resources officer and senior associate vice president for the CU system, the state's plan to implement mandatory furlough days for most state employees will not affect higher education.

A collation of groups representing Latino and Native American science scholars across the Rocky Mountain region will convene on the Auraria Campus next month.

Several chapters of the Society for the Advancement of Hispanic/Chicano and Native American scientists, or SACNAS, will meet in Denver on Aug. 27-28.

Organizers said the society is dedicated to fostering the success of Latino and Native American scientists-from college students to professionals-and to support their efforts as they attain advanced degrees, enter their fields of study, and assume positions of leadership.

The conference's purpose is to "unite underrepresented students from the Rocky Mountain region in order to develop leadership skills, establish supportive networks, and strengthen ties to the resources that will help members succeed," said spokeswoman Dianna Collingwood.

The event is open to undergraduate and graduate students, faculty members, and high school teachers and mentors, and will include scientific workshops, poster presentations and networking opportunities. Five keynote speakers will discuss topics relevant to cutting-edge scientific discovery and research. 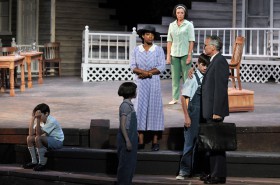 The festival has long been considered one of the best of its kind in the nation, and has featured performances by thespians who later found success in Hollywood, including actor Val Kilmer.

This year's productions include "Hamlet," "Much Ado About Nothing," "The Two Gentlemen of Verona," "The Complete Works of William Shakespeare, Abridged," and "To Kill a Mockingbird."

The festival is staging the plays at the Mary Rippon Outdoor Theatre and at the University Theatre Mainstage, an indoor venue on the CU-Boulder campus.

The University of Colorado at Boulder Career Services office is launching its sixth annual drive to collect gently worn career attire for students and alumni who are looking for jobs.

The partners plan to sell the clothes to students and alumni at a low cost at the annual "Suit Yourself" clothing sale in the fall.

Lisa Lovett, internship program coordinator for Career Services, said the goal is to ensure that CU students and alumni are well dressed for career fairs and job interviews. For example, the group plans to sell full suits for $20, she said.
SACNAS

Proceeds from the sale will benefit the BOLD Center and MBSA.

"Over the past four years we've raised more than $6,000 each year, and the money has helped students with scholarships over the years," she said. "As you know, in this tough economic climate, the extra expense of purchasing a new interviewing suit is especially daunting for some students and alumni. Our goal is to help them purchase a quality suit that gives them confidence and also doesn't break the bank."

Career Services and its campus partners will receive clothing donations between now and Sept. 21, including men's and women's suits, jackets, pants, shirts, skirts, ties and handbags. Donors can drop off clothing and other items at the Career Services office and at all Art Cleaners stores in Boulder.