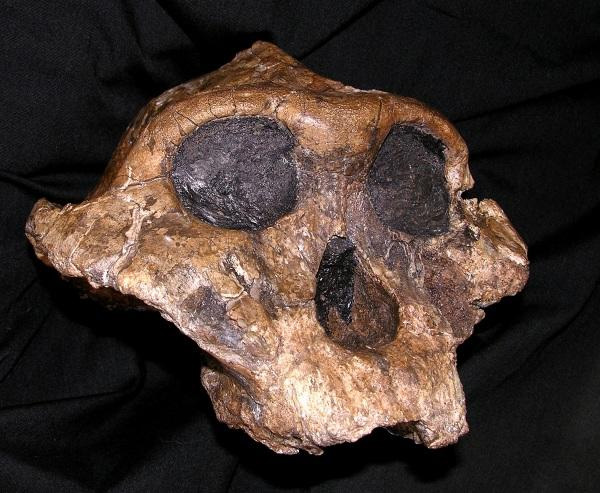 New assessments by researchers using the latest high-tech tools to study the diets of early hominids are challenging long-held assumptions about what our ancestors ate, says a study by the University of Colorado Boulder and the University of Arkansas.

By analyzing microscopic pits and scratches on hominid teeth, as well as stable isotopes of carbon found in teeth, researchers are getting a very different picture of the diet habitats of early hominids than that painted by the physical structure of the skull, jawbones and teeth. While some early hominids sported powerful jaws and large molars -- including Paranthropus boisei, dubbed “Nutcracker Man” -- they may have cracked nuts rarely if at all, said CU-Boulder anthropology Professor Matt Sponheimer, study co-author.

Such findings are forcing anthropologists – now aided by technological tools that were unknown just a few years ago – to rethink long-held assumptions about early hominids. A paper on the subject by Sponheimer and co-author Peter Ungar, a distinguished professor at the University of Arkansas, was published in the Oct. 14 issue of Science.

Earlier this year, Sponheimer and his colleagues showed Paranthropus boisei was essentially feeding on grasses and sedges rather than soft fruits preferred by chimpanzees.

“We can now be sure that Paranthropus boisei ate foods that no self-respecting chimpanzee would stomach in quantity,” Sponheimer said. “It is also clear that our previous notions of this group’s diet were grossly oversimplified at best, and absolutely backward at worst.”

Said Ungar, “The morphology tells you what a hominid may have eaten.” But it does not necessarily reveal what the animal was actually dining on.

While Ungar studies dental micro-wear -- the microscopic pits and scratches that telltale food leaves behind on teeth -- Sponheimer studies stable isotopes of carbon in teeth. By analyzing stable carbon isotopes obtained from tiny portions of animal teeth, researchers can determine whether the animals were eating foods that use different photosynthetic pathways that convert sunlight to energy.

The results for teeth from Paranthropus boisei, published earlier this year, indicated they were eating foods from the so-called C4 photosynthetic pathway, which points to consumption of grasses and sedges. The analysis stands in contrast to our closest human relatives like chimpanzees and gorillas that eat foods from the so-called C3 synthetic pathway pointing to a diet that included trees, shrubs and bushes.

Dental micro-wear and stable isotope studies also point to potentially large differences in diet between southern and eastern African hominids, said Sponheimer, a finding that was not anticipated given their strong anatomical similarities.

“Frankly, I don’t believe anyone would have predicted such strong regional differences,” Sponheimer said. “But this is one of the things that is fun about science -- nature frequently reminds us that there is much that we don’t yet understand.

“The bottom line is that our old answers about hominid diets are no longer sufficient, and we really need to start looking in directions that would have been considered crazy even a decade ago,” Sponheimer said. “We also see much more evidence of dietary variability among our hominid kin than was previously appreciated. Consequently, the whole notion of hominid diet is really problematic, as different species may have consumed fundamentally different things.”

While the new techniques have prompted new findings in the field of biological anthropology, they are not limited to use in human ancestors, according to the researchers. Current animals under study using the new tooth-testing techniques range from rodents and ancient marsupials to dinosaurs, said Sponheimer.

Much of Sponheimer’s research on ancient hominids has been funded by the National Science Foundation.