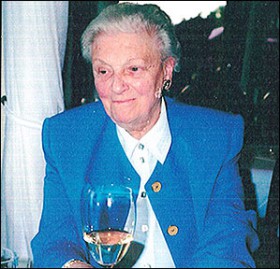 A bequest of more than $1.1 million from a former University of Colorado professor of medicine and his wife, a laboratory staff member, will help the School of Medicine's department of neurology greatly enhance its research related to Alzheimer's disease – a disease that's on the rise in Colorado.

This gift from Kurt von Kaulla, M.D., and his wife, Edith, is the largest gift ever received by the School of Medicine for Alzheimer's research. It will enable the hiring of a faculty researcher whose focus will be to translate basic research into clinical applications, such as new pharmaceutical or therapeutic approaches, that could slow Alzheimer's disease or treat its symptoms, said Kenneth Tyler, M.D., the Reuler-Lewin Family Professor and chair of the department of neurology.

"Alzheimer's disease has been one of the most exciting basic research areas in medicine," Tyler said "There's been a disconnect between the basic research and the clinical applications for this science. We'd like to get this piece of the puzzle in place and recruit someone who can help us translate basic science breakthroughs into new clinical treatments."

Von Kaulla was a School of Medicine professor from 1951 through the mid-1970s, and undertook blood research in the hematology lab, where Edith also worked. According to the School of Medicine's "
"Centennial History 1883-1983," he developed comprehensive "von Kaullagrams" that elucidated a patient's clotting status.

His work yielded eight books and more than 300 publications, with Edith's work resulting in 80 publications. Upon retiring to their native Germany, Kurt continued to publish and lecture on hematological subjects until his death in 1986; Edith died in 2008.

The bequest, facilitated by the University of Colorado Foundation, has to date yielded
$1.1 million, with further cash distributions expected as soon as the estate's affairs are completed.

The von Kaulla gift will improve CU's ability to pursue solutions to Alzheimer's, a progressive and fatal brain disease that is America's most common form of dementia and the seventh-leading cause of death, affecting more than 5.3 million Americans. As the population ages and baby boomers become senior citizens, the disease's incidence is expected to increase rapidly, especially in Colorado: The state's 47 percent increase in the disease since 2000 is greater than any state's except Alaska. Alzheimer's disease currently has no cure.