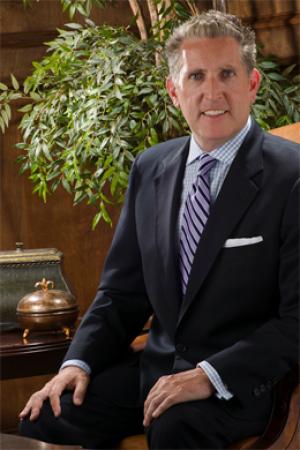 In an appearance before the Faculty Council at its meeting last week, Regent Stephen Ludwig said he’s “discouraged” with the evolution of online education at CU, but he has faith that faculty ultimately will play a vital role in growing an accessible, high-quality venture.

The talk on March 12 at 1800 Grant St., Denver, came a few weeks after the four campus chancellors – collaborating on the systemwide online course and degree initiative – updated the Board of Regents at its February meeting at CU-Boulder. The chancellors said 25 new online degrees are planned systemwide, and that initially there will be some overlap of programs between campuses, which will retain some individual marketing strategy.

That approach was pursued after Ludwig and other university leaders had considered and proposed alternative visions for the future of online education at CU.

“I’m incredibly discouraged,” Ludwig told the council. “I think a lot of great time and effort went into some really interesting proposals that went ignored.” He called “revenue and the power of self-determination” driving forces in academia that influenced the choice of the current initiative.

“I’ve described our current process as status quo on half a can of Red Bull.”

Still, he said he remains bullish on CU’s online prospects. He praised Kathleen Bollard, vice president for academic affairs, and Deborah Keyek-Franssen, associate vice president for digital education and engagement, for having done “a lot of heavy lifting to get the campuses working together.” And he said his confidence in the contributions of faculty and staff gives him hope for a desirable outcome.

“I have a reputation for being cranky, which is fine,” Ludwig said. “The reason is because I have so much faith in our faculty and staff, so when someone says we can’t do something, (what they mean is) ‘no, we don’t want to.’

“Our people are brilliant. It’s a matter of, how do we find the will and the time?”

Ludwig said his passion for promoting online education stems from the knowledge that demand for higher education in Colorado will continue to grow in the years ahead, and a belief that relying on doing things the way they’ve always been done won’t be able to meet that demand.

“It’s not realistic to think we can build our way out of it, hire enough faculty and do what we’ve done traditionally to meet growing demand – and also to serve a nontraditional demographic,” he said. “And we should no longer let geography dictate destiny. If you have a family situation in Lamar and you can’t leave, you should still have access to an education at the University of Colorado. … We must provide more access to more students. I have legitimate concerns about, how do we ensure that’s done properly?”

One approach Ludwig has promoted is similar to, but not the same, as the CSU-Global Campus model, with the goal of setting up a separate campus to provide online education exclusively. Also at the meeting, Pat O’Rourke, vice president, University Counsel and secretary of the Board of Regents, said the statutory authority of the Legislature and the Colorado Department of Higher Education would pose significant challenges to the establishment of a new campus, and that cost and logistics also would be daunting.

Bollard noted that Colorado State University managed to overcome those issues, but said it has entailed reliance on adjunct faculty who are paid significantly less than university faculty. Council member Peggy Jobe said that such an approach also would conflict with the concept that faculty sets the curriculum and makes the decisions.

Council member Catherine Kunce said the value of traditional classroom instruction and the campus experience shouldn’t be ignored in discussions of the university’s future. “You can go ahead and throw rocks at me, but there is no substitution for human contact.”

Ludwig said he doesn’t disagree, but “the challenge is, we have people with different learning styles and circumstances. We can’t let our love of tradition interfere with what our mission is. How do we create a learning environment that is as dynamic as it can be? We’re going to make mistakes and get some things wrong, but this train has already left the station. … If we don’t get it now, that’s all right – we’ll play catch-up. We’ll figure it out.”

In other business at last week’s meeting:

Tagged with:
Board of Regents, Faculty Council, Ludwig, online education