The University of Colorado has announced two new Distinguished Professors, the most prestigious honor given to faculty across the CU system.

The recognition goes annually to faculty members who demonstrate exemplary performance in research or creative work, a record of excellence in classroom teaching and supervision of individual learning, and outstanding service to the profession, the university and its affiliates.

CU President Bruce D. Benson reviewed nominations from CU’s campuses; with the recommendation of a committee of Distinguished Professors, he forwarded the candidates’ names to the Board of Regents, which will vote on the nominations at the board’s Dec. 3-4 meeting. 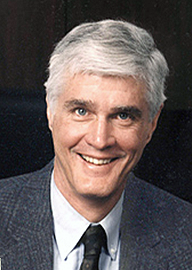 Paul A. Bunn Jr., M.D., professor, James Dudley Chair in Cancer Research, Division of Medical Oncology, University of Colorado School of Medicine, CU Anschutz Medical Campus. Dr. Bunn led the creation of the first statewide consortium cancer center designated by the National Cancer Institute. He began work on the effort shortly after arriving at CU in 1984 as head of the division of medical oncology. He became director of the new University of Colorado Cancer Center in 1986; by 2005, it was recognized by the National Cancer Institute as one of only 40 Comprehensive and three Comprehensive Consortium Cancer Centers in the country. His research, which focuses on novel therapies for lung cancer, has been continuously funded by the NCI since his arrival at CU; he has been principal investigator on NCI grants totaling over $100 million. Dr. Bunn has been president of the American Society of Clinical Oncology, the International Association for the Study of Lung Cancer and the Association of American Cancer Institutes. Recipient of the Joseph Addison Sewall Award from the CU School of Medicine, he is the author of 300 peer-reviewed articles and is known internationally as an exceptional lecturer. Dr. Bunn continues to teach medical students, interns and residents, oncology fellows, internal medicine and oncology faculty. 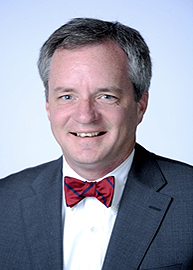 Steven Medema, Ph.D., professor of economics; College of Liberal Arts and Sciences; University of Colorado Denver. Widely considered one of the best historians of economics in the world today, Professor Medema is author or editor of 16 books and numerous articles in scholarly journals. He spent a decade as editor of the Journal for the History of Economic Thought, transforming it from a struggling journal into one of the most prestigious in the field, and is a member of the editorial boards of several journals devoted to the history of economics. He is a past president of the History of Economics Society. A faculty member since 1989, he helped to establish CU Denver’s University Honors and Leadership Program; he has served as the program’s director since 2009. Professor Medema, who teaches microeconomics and the history of economic thought, received the university’s highest teaching recognition in 2008 when named a CU President’s Teaching Scholar; he also is a two-time winner of his college’s Excellence in Teaching Award.

With these two new designees, the number of CU Distinguished Professors will be 73. The program was established in 1977.

Tagged with:
Board of Regents, Bruce Benson, College of Liberal Arts and Sciences, Distinguished Professors, School of Medicine