A revolutionary research and teaching facility opening at the University of Colorado Boulder will facilitate work on a wide swath of pressing societal challenges ranging from biomedical issues such as cancer, heart disease and tissue engineering to the development of new biofuels.

Cech directs the Biofrontiers Institute, which is using the facility to advance human health and welfare by exploring critical frontiers of unknown biology to further teaching, research and technology at the intersections of the life sciences, physical sciences, math, computational sciences and engineering.

Located on CU-Boulder’s East Campus, the new 336,800 square-foot facility will host more than 60 faculty and more than 500 researchers and support staff. In addition to the Biofrontiers Institute, the building will host the Department of Chemical and Biological Engineering and the Division of Biochemistry, and all three units will benefit from the state-of-the-art research space and equipment, Cech said.

“The university has a remarkable track record in inventing new approaches to human disease, to alternative energy and to other major societal problems,” Cech said. “We believe this new facility will accelerate that process.” 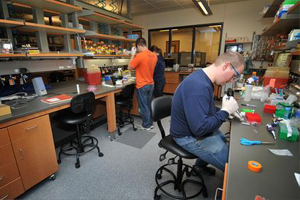 “Students and faculty collaborating in this wonderful new facility will contribute greatly to advances in areas like biotechnology, medicine and alternative fuels, not just in the state of Colorado, but around the world,” DiStefano said.

The facility will allow students and faculty to interact with others outside of their departments on problems in modern biology best approached in an interdisciplinary fashion, Cech said.  The new building also will allow CU to bridge the gap between academia and business -- biotech companies, for example, can come to the facility and run tests using powerful biochemical, genetic and pharmacological screening instruments to better understand biological processes and further drug design, learning which instruments and techniques might be of most benefit to them.

To promote collaboration, the new facility was designed with “neighborhoods” of efficient and flexible research labs interconnected via a “main street” corridor.

“I find the University of Colorado Boulder to be an exceptionally exciting and collaborative environment for scientific research, and this facility will open up new ways of thinking in terms of technology, concepts and frameworks,” Cech said. “People from my group walking down the hall past one of these research neighborhoods, for example, might be brought into a scientific conversation with engineers or computer scientists from another lab, promoting the cross-fertilization of new ideas.”

One interdisciplinary research effort that will take place in the facility is being led by Distinguished Professor Kristi Anseth of the chemical and biological engineering department to continue the development of injectable, biodegradable “scaffolds” to regenerate cartilage for human joints and also the regeneration of skin, blood vessels and bone.  Anseth’s team also is collaborating with Professor Leslie Leinwand of the molecular, cellular and developmental, or MCD, biology department on a tissue engineering effort to develop replacement heart valves through tissue engineering. 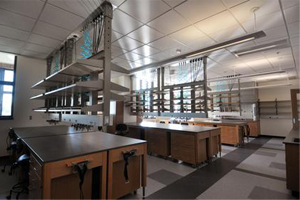 In another line of research, Leinwand -- also chief scientific officer of the Biofrontiers Institute and a professor at the University of Colorado Anschutz Medical Campus -- discovered with her research team last November that fatty acids circulating in the blood of feeding pythons and in lab mice promotes healthy heart growth, a finding with promising potential for treating human heart disease.

“One of the things that distinguishes what we have done from many other higher education biotechnology initiatives is hiring faculty who are not tied to particular departments or colleges,” said Leinwand, who leads a $1 million undergraduate research and education program and has spun off two successful biotech companies from CU.  “This gives them much more flexibility to tackle biomedical challenges by adding brain power and talent from other research disciplines.”

Professor Alan Weimer of the chemical and biological engineering department, who directs the Colorado Center for Biorefining and Biofuels, or C2B2, has high hopes the activities in the new facility will lead to new discoveries and partnerships. “With the state-of-the-art equipment, and scientists and students from a number of different areas engaged in collaboration, I see this as a fantastic opportunity,” Weimer said.

Headquartered in the new building, C2B2 is a joint center of CU-Boulder, Colorado State University, the Colorado School of Mines, the National Renewable Energy Laboratory and industrial partners and was created to increase the production and use of energy from renewable resources, Weimer said. Longmont-based Sundrop Fuels Inc., for example, is using technology developed by Weimer that converts cellulose materials into ultraclean “green gasoline” and other transportation fuels.

Dozens of graduate and undergraduate students are involved in C2B2 research, he said.

“Providing hands-on, inquiry-based research opportunities for CU undergraduates is a major goal,” said Cech, who estimated that during any given time there will be roughly 100 undergraduates conducting research in the new facility. “We are going to work hard to see that as many of our science majors as possible leave Boulder having had this sort of transformational experience.” 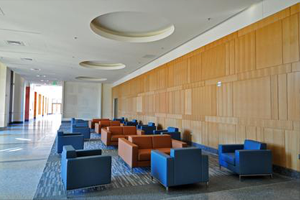 (Photo by Glenn Asakawa/University of Colorado)

In addition to basic and applied bioscience research, the faculty in the new building will be educating the next generation of interdisciplinary Ph.D. scientists, beginning with its recently launched Interdisciplinary Quantitative Biology, or IQ Biology program. CU graduate students will be involved in semester-long “rotations” that immerse them in mathematical biology, computational biology, biophysics and bio-imaging as they work toward doctoral degrees. There are more than 30 core faculty members from CU involved in the IQ Biology program.

“CU has always been a big part of Colorado’s brand, in part because of its ability to accelerate inventions, ideas and innovations to the point where they are implemented and translated into new jobs,” said Colorado Gov. John Hickenlooper. “This research facility is going to bring together people with a lot of different backgrounds, and we have great faith that they will be turning over new ground and finding new pathways to help mankind resolve many of our challenges.” Colorado’s bioscience industry generates more than $400 million in state taxes annually and supports 36,000 employees.

Another MCD biology faculty member, Robert Garcea, heads a team that will use high-tech microscopy in the facility to generate images of single virus particles. The work led by Garcea -- who is collaborating with colleagues at CU-Boulder and the CU Anschutz Medical Campus -- involves developing new delivery methods for vaccines to fight pathogens like the Human Papilloma Virus, which infects skin and mucous membranes and can lead to various types of cancer.

Cech said the breadth of basic science on the Boulder campus is a “great fit” with ongoing clinical and medical research at CU Anschutz. The new CU-Boulder facility will host sophisticated instrumentation in its core labs -- including high-throughput genomic screening equipment that allows researchers to rapidly conduct millions of genetic, chemical and pharmacological tests -- as well as new bio-imaging and DNA sequencing equipment, he said.

Cech, who shared the 1989 Nobel Prize in chemistry, leads a research group that includes CU students and scientific staff employed by the Howard Hughes Medical Institute headquartered in Chevy Chase, Md., that is focused on the activity and regulation of telomerase.  Telomerase is a key enzyme for replicating the ends of chromosomes and is linked to both cancer and aging.  Cech, who returned to CU in 2009 after a 10-year stint as HHMI president and who remains an HHMI investigator, is teaming up with biophysicists and biologists to further the understanding of telomerase and its potential as a drug target.

Associate Professor Rob Knight, who holds joint appointments in chemistry and biochemistry and computer science, is heading a team to study communities of bacteria that inhabit the human body -- many of which are beneficial -- that can be altered by disease and antibiotics.  The team is using high-powered DNA sequencing tools and is comparing microbial differences in individuals as diagnostic tools for disease.

The research teams in the new facility come from five departments on campus, including chemistry and biochemistry, chemical and biological engineering, computer science, MCD biology and physics. Several faculty also have joint appointments with departments at CU’s Anschutz Medical Campus.

The new $160 million building is being funded by private donations, roughly $48 million to date, as well as $15 million from the National Institutes of Health through the America Recovery and Reinvestment Act and funds from the university and the state of Colorado.  The university has a goal of raising a total of $75 million in private donations by June of 2014.