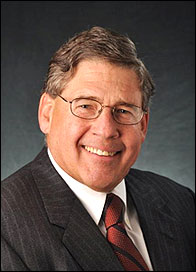 Our greatest responsibility as a university is to provide our students a rich, ethical and diverse educational environment that promotes critical thinking and protects the free exchange of ideas.

In this light, the Board of Regents has drafted a mission statement and attendant "Guiding Principles" of the University of Colorado.

Among the latter is the following draft principle, now being considered by the components of our shared governance, including our faculty:

"Promote faculty, student and staff diversity to ensure the rich interchange of ideas in the pursuit of truth and learning, specifically including faculty diversity of political, intellectual and philosophical perspectives."

This guidance is meant for all members of our complex university family, but places with our esteemed faculty the prime responsibility of fostering political, philosophical and intellectual diversity.

Although few academics argue against such a concept, some have expressed specific concerns, which I seek to address below:

The concerns above have been expressed to me and some of my colleagues on the Board of Regents. There may be other concerns. We welcome discussion on the issue, particularly perspective from the faculty. We have had some exchange already, but would encourage more as the board prepares to take up this issue once again at our June meeting.

We have the opportunity to be the first large public university to openly champion the principles of political, intellectual and philosophical diversity!

Dr. Jim Geddes of Sedalia is a practicing surgeon who represents Colorado's Sixth Congressional District on the CU Board of Regents. While the views above are shared by a number of the members of the board, they do not wholly represent the views of the entire board.

Send your thoughts and suggestions for the Newsletter.
END_OF_DOCUMENT_TOKEN_TO_BE_REPLACED