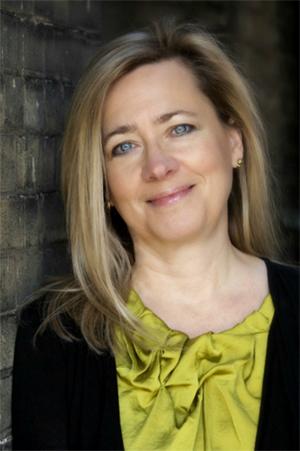 Bergen
University of Colorado Boulder Provost Russell L. Moore on Wednesday announced the appointment of Lori Bergen, dean of the J. William and Mary Diederich College of Communication at Marquette University in Milwaukee, Wisconsin, as dean of the new College of Media, Communication and Information. Bergen will begin her duties as dean July 20.

“Lori Bergen exemplifies the desired qualities of a founding dean,” Moore said. “She not only has a distinguished record of leadership, teaching, scholarly research and creative work, but in her short time on campus, she has articulated a strong and clear vision for the future of the college.”

Last June, the Board of Regents approved formation of the college, which includes departments of advertising, public relations and media design; communication; critical media practices; journalism; information science; media studies; and the graduate program in intermedia art, writing and performance.

“I am excited by the chance to lead this new college — a distinctive, innovative and entrepreneurial enterprise where students will engage with world-class faculty to learn, create and analyze media content in all its many forms,” Bergen said. “The college will establish a new standard for teaching and scholarship in communication, media and information, and I’m looking forward to being a part of that.”

A national leader in journalism education, Bergen is president-elect of the Association for Education in Journalism and Mass Communication, the largest nonprofit, international educational association of journalism and mass communication educators, students and media professionals. She serves on the National Advisory Board of the Poynter Institute and is a member of the Arthur W. Page Society.

Bergen joined Marquette in 2009 after serving as director of the School of Journalism and Mass Communication at Texas State University, as associate director of the A.Q. Miller School of Journalism and Mass Communications at Kansas State University, and as a faculty member at Southwest Texas State and Wichita State universities earlier in her career.

As dean at Marquette, she spearheaded innovative academic initiatives that include the O’Brien Fellowship in Public Service Journalism and the Milwaukee Neighborhood News Service, projects focused on improving student learning through partnerships with professionals to create high-impact journalism. During her tenure as dean, the Diederich College has received over $20 million in support for student scholarships and other initiatives.

Bergen has received fellowships and grants from the Poynter Institute, the American Society of News Editors, Kaiser Family Health Foundation, Menninger Foundation, National Association of Broadcasters and Radio Television and Digital News Foundation. Her research on the interaction of auditory and visual working memory as a way to understand how visual clutter affects memory for news story facts was featured on the Discovery Channel and in The New York Times. She co-authored “Media Violence and Aggression: Science and Ideology,” a book on children and media violence, and other research has appeared in the Newspaper Research Journal, Journal of Health Communication, Human Communication Research, Journal of Advertising and Mass Communication & Society.

She earned a bachelor’s degree in history and political science and a master’s degree in journalism from Kansas State University, and a doctorate in mass communication with a minor in organizational behavior from Indiana University-Bloomington.

Christopher Braider oversaw the effort to create the new college and has been serving as the transitional dean for the 2014-15 academic year.

“I want to thank Christopher Braider for his strong leadership the last four years as he led the journalism faculty and program through transition and laid a solid groundwork for the new College of Media, Communication and Information,” Moore said.

Tagged with:
College of Media Communication and Information

Send your thoughts and suggestions for the Newsletter.
END_OF_DOCUMENT_TOKEN_TO_BE_REPLACED