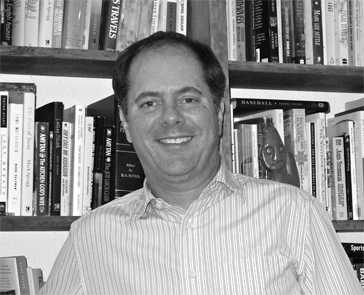 He might be known as the “baseball history guy,” but Tom Zeiler, a professor at the Department of History at the University of Colorado Boulder, is well-versed in more far-reaching issues. While he teaches a popular class that examines American history through baseball, he also specializes in diplomatic history, political-economy, trade, globalization and World War II, and has written numerous books on these subjects.

As an undergraduate, he studied in France for a year and became captivated by European history and decided to focus his studies in that area. At the University of Massachusetts, “because I was low person on the totem pole for course selections, I got knocked into a U.S. diplomatic history course and it just clicked with me, especially because I had the international experience. I decided pretty soon after that to focus on diplomacy.”

Zeiler came to CU in 1990 right after earning his Ph.D. He received tenure in 1998 and was promoted to a full professor in 2001. Twice he has been a Fulbright Senior Fellow, spending a year in Buenos Aires and another in Tokyo. He also is director of the Global Studies Residential Academic Program.

Aside from Benjamin Franklin, Zeiler considers George Marshall to be one of the United States’ greatest diplomats. As secretary of state, Marshall outlined a program to help rebuild European economies after World War II – a plan that carries his name. “He was an imposing figure and a wise statesman,” said Zeiler, who also has high praise for Hillary Clinton, who served as secretary of state during President Obama’s first term. “I think we just experienced one of the greatest. Hillary Clinton visited more countries than any secretary of state in history; she’s diplomatic, tough and sensitive” and she helped the U.S. reverse its image around the world.

1. You do some consulting with the U.S. Department of State. What are your duties?

I have served for many years on the Advisory Committee on Historical Diplomatic Documentation to oversee the declassification of documents. We also oversee the publication of “Foreign Relations of the United States,” a documentary record of U.S. foreign relations. Multiple volumes are released, usually by presidency. It’s the oldest documentary series in the world, beginning in 1861 with the presidency of Abraham Lincoln. We represent the public in pushing for declassification. The nine-member board – made up of historians, political science and legal experts, and others – meets quarterly and is one of a handful of committees mandated by Congress.

What’s fascinating about the documents is the inner workings that happen at a very high level and the intimate discussions that occur between a president and secretary of state and the impact those discussions have. Richard Nixon and Henry Kissinger had sometimes quite jarring, quite stunning discussions that were very forthright. I used to go into the committee meetings thinking like most people, that everything should be out in the open, especially in this era of open access. But I now understand there are other factors besides openness to consider, including not putting people in danger.

2. What, if anything, can be learned from history concerning ways to deal with Kim Jong-un, the young leader of North Korea and his threats toward the U.S.?

This young kid has been groomed for leadership. I think you approach this with a lot of patience and I think the reaction from the U.S. has been proper: shaking our finger and saying we’re watching and moving the Navy into certain places. He’s a rogue. He’s very young, inexperienced and probably run by generals, and he needs to validate his political leadership at home. We’ve dealt with this before with the Russians and others.

There are two levels that diplomacy is played at -- the international level and the domestic level. Even American presidents do things with an eye to domestic politics or how it plays in the press or how it affects their image. Bush went to war in Iraq amid accusations that he did it to get the oil and to prop up his presidency. So our diplomats and Secretary of State John Kerry know that. As a country, you want to make sure that our allies and other concerned nations in the area are on the same page. Obviously, South Koreans should feel threatened but the people there are yawning. The North Koreans do this periodically. In 1996, they shot a missile into the Sea of Japan. So this is the new kid on the block and he’s trying to look tough.

3. You also teach about history through baseball. Why did you choose baseball and what have you learned?

The department teaches what we call the U.S. Survey. It’s an introduction to U.S. history, with big courses focusing on pre- and post-Civil War America. I had become chair of the department with a reduced teaching load, and I started thinking about how I could teach something that would lure students in and teach them something they’d really remember.

I’ve always followed sports and liked it and wondered if anyone had taught courses on baseball and history. Some universities use baseball in their literature courses or statistics or physics. San Francisco and Metro State University had classes but they weren’t really on the radar. 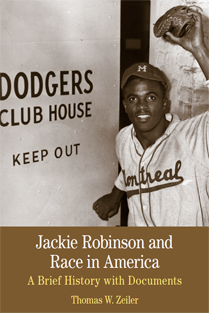 I started researching, tracking topics, laying down U.S. history next to baseball history, which comes on the radar in 1840. I took a thematic approach. For instance, after the Civil War, the states needed to rebuild and, at the same time, baseball becomes a national pastime. The nation needed something to unify it and baseball was one of those things. As the U.S. took on issues of labor, management, professionalization and unionization, baseball tracks that, too. There was reform around corruption and baseball had its own scandal, the Black Sox scandal of 1919. So baseball reflects a lot of society, and in some cases, led the country. Jackie Robinson was the first baseball player to cross Major League Baseball's color barrier and that happened a year before the president integrated the army.

In other instances, as the defense industry and people moved into the south and west for jobs, baseball followed. The Giants and Dodgers leave Brooklyn and New York for California. New stadiums being built are called “yards” or “fields” and reflect the nostalgia of Baby Boomers who remember fondly the pleasant places where baseball was played. As you superimpose baseball on history, you can talk about very important aspects of American society, culture and economics. Baseball is a window to look at larger issues.

Coors Field helped develop LoDo, although I feel that LoDo would probably have developed anyway. There’s an interesting question of whether Coors Field and all the bars it spawned are the type of development you want, but I think it added to a renewal of the city. Denver also had an effect on baseball because Denverites and Coloradans have been willing to fund these stadiums. Of course, you can debate whether citizens should fund private companies. As we just saw, games are played in the snow. It’s also had another impact on the game – pitching. You’ve got less of a curve ball at this altitude and we probably won’t land the best pitchers because it’s harder to perform here. But frankly, this is not a baseball city; it’s a football culture.

5. Have you seen the movie “42” about the life of Jackie Robinson? Is it accurate?

I’m in the process of completing a book on Jackie Robinson that will be published in the fall titled “Jackie Robinson and Race in America: A Brief History With Documents” that is designed for classroom use. It has a great cover showing Robinson at the door of the Dodgers club house, with the words “Keep Out” on the door. It’s a double entendre: Robinson, a black man and minor leaguer, cracking open the door of a major league baseball team.

I have seen the movie and felt it was well done because they didn’t romanticize the whole thing. It was schmaltzy and typically American at the end and a bit overdone, and there were some liberties taken with some of the stories, but I’d give the film an A-minus.

Send your thoughts and suggestions for the Newsletter.
END_OF_DOCUMENT_TOKEN_TO_BE_REPLACED