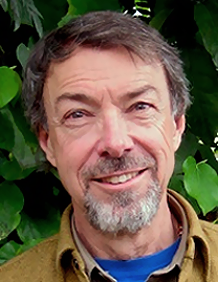 While working for an agriculture biotech company in the San Francisco Bay area, Tom Lemieux had a couple of benches where he would keep his “weird” plants. But his job entailed growing corn, tomatoes and petunias for research, so there wasn’t much room for the plants he enjoyed.

He was drawn to the University of Colorado Boulder because it was an opportunity to build a teaching collection of plants that was a lot more exciting. Lemieux, CU-Boulder’s greenhouse manager, has been at the university for 22 years. The collection he has amassed over the years is used to teach students about plant biology.

The Ecology and Evolutionary Biology Department (EBIO) has three greenhouse facilities: one near Macky Auditorium, one on the roof of Ramaley Hall, and one on the East Campus on 30th Street. Here Lemieux can grow nearly all the strange and wonderful plants he likes for use in a variety of plant science courses and as research material for faculty and students. Other institutions in Boulder also have made use of the space, including the National Center for Atmosphere Research; Molecular, Cellular and Developmental Biology and the chemistry department at the university; and the city of Boulder. 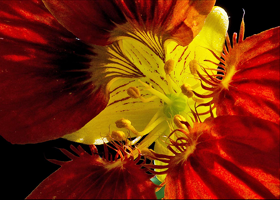 “Many people think growing a plant is as easy as running a load of laundry,” Lemieux says. “It might be, but then again unforeseen variables can detract from solid conclusions in experiments and certainly some plants are more difficult to cultivate than others.” He and Janice Harvey, the assistant greenhouse manager, oversee everything that has to do with the care and cultivation of the plants and maintain the greenhouse facilities – “all the stuff that has to do with keeping the plants warm in winter and cool in summer.” Then there’s the pest control and transplanting and fertilizing. At times, they may have to substitute plants with specific characteristics for use in course labs.

And there’s lots of sharing of plants, especially among greenhouse managers at universities. He also has sent plants to other institutions. “In the 20-plus years I’ve been here, I’ve easily given away thousands of dollars in plants to Denver Botanic Gardens because the plants have grown too big for us. A few years ago, they came here regularly with a flatbed truck and a hydraulic lift, and we would load it up.”  The Smithsonian Institute, Fairchild Tropical Botanic Garden in Miami, and the New York Botanic Garden, among other entities, also have some of CU’s plants.

Lemieux doesn’t have his own backyard greenhouse – “I don’t have any need for one;  I have one when I come to work” – therefore he spends some of his leisure time biking and playing Venezuelan folk music on the cuatro, the national instrument of Venezuela, so named because it has four strings. 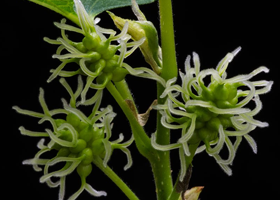 My dad always had a garden when we lived in Maine. There was a local Italian market there and when my dad’s bell peppers came into season, they were the only bell peppers the Italian market wanted. He loved growing roses and other plants, too. I got an early exposure to plants and gardens, and I wish I had taken more advantage of it. It wasn’t until I was a sophomore in college that I realized that I was definitely going to do something with plants. I’m lucky to have picked the right career. When I taught horticulture in California, I had a lot of people in the program who had advanced degrees – a nuclear physicist, a practicing psychiatrist, a graduate of Harvard Law School – people who were either forced or encouraged to go one way or another in life but who decided they didn’t want to do that anymore; they wanted to grow plants. I’m lucky I picked a career I’ve never gotten tired of or bored with.

2. Does each of the greenhouses hold different collections? 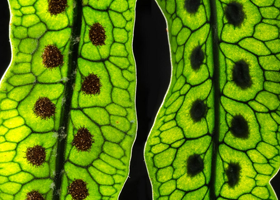 The rooftop greenhouse is mainly for research purposes. There are a number of faculty members and grad students who need to sample or monitor their plants frequently, so the proximity of Ramaley to lab and office space is a great advantage. But the space is limited. The two greenhouses near Macky mainly house plants for teaching purposes, while the greenhouse at 30th street has more space and is where we have plants used for both teaching and research.

We have about 1,000 different kinds of plants, but in some cases we have duplicates or grow the same plant in large quantities depending on the needs of a course. We probably grow about 6,000 plants total. We’re lucky to have facilities like this. The facility on 30th Street used to exist in Richmond, Calif., and was owned by Chevron Oil. They had 23 greenhouses that needed to be removed because they were selling the land and relocating their research facilities to Southern California. It’s a credit to our chair of the department at the time, Bill Lewis, who was able to make this happen. We disassembled the largest and best of the greenhouses and loaded it onto three semi-trucks. We cannibalized another 2,000-square-foot structure in order to reconfigure it into the present structure at 30th Street. Local architect Peter Heinz was responsible for the ingenious design.

We have a really fantastic collection and impressive facilities, especially since some universities with plant science departments have considerably less. We operate on a shoestring of a budget and have a lot of unusual plants, some of which have been wild collected. Those have the greatest appeal. We’re more interested in naturally occurring plants than hybridized things that have bigger flowers or brighter colors. That’s one of the things I love about this job: I don’t have to be dependent on consumers or marketing whims – like blue roses -- or anything like that. 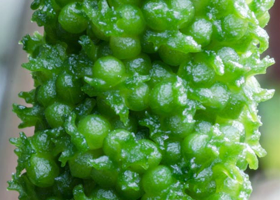 One of the plants we have is Helminthostachys zeylanica. Once a systemicist from Harvard wanted to see our collection and I showed him this plant. He said he had just published a paper on the plant and had to use herbarium material – dried plants that have been mounted on a sheet of paper – because he didn’t know that anyone had a living specimen. The plant was collected in Sarawak (Malaysia) in 1987 by Dr. Dennis Walker, now retired from Humboldt State University.

3. You have traveled overseas on plant expeditions. Do you have a favorite place to see or collect specimens?

I’ve been fortunate to be included on collecting trips mainly in Latin America and New Caledonia. When you’re working with plants, you can have many, many favorite plants and countries, but one of the places I’ve been a number of times is Venezuela. I really like going there. Here in our collections, I have plants from Venezuela that I’ve been growing for 30 years. One of the things that’s not so great about Venezuela is that you can never put your hands in shrubbery because of a poisonous snake called Mapanare, a pit viper with lethal and fast-acting venom. In New Caledonia, you can put your hands in any plant or shrubbery because there’s only one snake there and it’s blind and not poisonous. You develop favorites and not-so-favorites based on things like that. When I walked through the forest in Peru, I always carried a stick so that I could poke the ground in front of me because of another snake called the Fer-de-Lance (a related pit viper). They, too, have a very powerful bite and are very poisonous. I guess I’m a “vegephile” and an ophidiophobe! 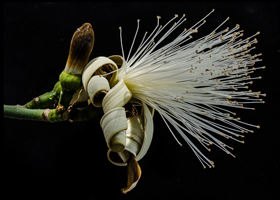 I would love to get to the top of the Tepuis, these massive flat-topped mountains in southeast Venezuela. The mountaintops have their own flora that doesn’t exist anywhere else in world. But there are weather problems. It usually requires a helicopter trip up and I’ve read that you can plan to leave in a few days but the helicopter can’t come back to get you because the weather is too bad.

4. What are some of the research projects the plants have been used in?

The permanent collection is for teaching purposes. Researchers usually acquire their own plants by collecting or obtaining them from other researchers or even nurseries. Occasionally a researcher will request our help in obtaining seeds or plants. We’ve obtained plants in every conceivable way – except illegally.

Some of the research done here has looked at physiological and molecular mechanisms of plant survival in extreme environments, plant defense chemistry and its relationship to herbivores, spatial aspects of vernal pool ecology and its wider implications in ecosystems, and evolution and genetics of floral diversification. Our faculty has diverse interests and our facilities accommodate them in a variety of ways.

Recently we grew a bunch of weird succulents in the black pepper family from seed that we got from a collector in the Netherlands. All of them show interesting aspects of morphology for conservation of water and light penetration through thick-windowed leaves. We’ve also received plant starts from France and other countries. Sometimes a visitor comes by with a plant or somebody calls us because they want to get rid of a plant. Of course we don’t take everything that’s offered to us.

5. Do you have any special techniques for growing plants that you can share with gardeners?

I often inform researchers: “There’s nobody that these plants are more important to than you.” If they assign care of the plants to an inexperienced student, they may be taking chances. Believe it or not, at the greenhouses, there are four of us who can water – Janice Harvey, the assistant greenhouse manager, two work-study students, and me. One of us who can water is in our greenhouses every day of the year -- every Christmas, every Hanukkah, every birthday, every single day. I tell you this because if you want to do a good job of growing plants, the best thing you can do is pay attention to them. They need water and regular food. You can eat peanut butter for months and you wouldn’t die but that’s not the best thing for you. But somehow people think that if they fertilize their plants once a month, they’re doing a good job. Plants need regular, small amounts of fertilizer just like people need regular, small amounts of food.

A lot of plants that do well in houses really just tolerate the conditions. Some plants have names like “Cast Iron Plant” because you almost can’t kill them; they are extremely tolerant. But if you want to grow more unusual things, you have to pay attention to their needs, and in many cases, that means daily or at least every other day.