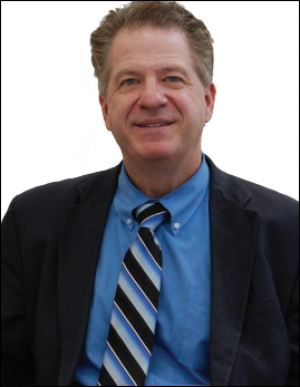 “The Fat Switch,” a book by Richard Johnson, M.D., reveals what he and his research team suggest could be the mechanism behind a worldwide obesity and diabetes epidemic.

The University of Colorado medical school professor and chief of the Division of Renal Diseases and Hypertension has investigated health mysteries around the globe, from cobalt poisoning in the Andes to kidney disease in Tibet and Venezuela to lung fluke infections in Indochinese refugees. But it’s his book that may have the most widespread effect.

“’The Fat Switch’ is a pretty grand story,” he says. “At the heart, it tries to identify the cause of obesity and diabetes, and it also hits a lot of other diseases like celiac disease, Crohn’s disease, attention-deficit disorder and others.”

And he believes it all comes down to eating sugar – fructose, in particular, as well as some other types of foods.

1. Why is your theory different from what we already know?

Historically, most of us think we get fat because Western culture encourages us to eat large portions of food and to exercise less. According to this, we are to blame for poor habits.
However, our work shows that obesity is triggered by a “switch” in our metabolism that makes us want to eat more and want to exercise less. I should make clear that none of these discoveries would have been made without major contributions by my colleagues and collaborators.

2. What’s the story behind this team discovery?

Well, I am a kidney doctor, so this is a very good question. In essence, we were studying high blood pressure, in which it is known that the primary problem is a defect in the ability of the kidney to excrete salt. In the process we concluded that this defect in salt excretion resulted from disease of the small blood vessels in the kidney. What caused that?

We discovered that a major contributor was the effects of a high serum uric acid. We then looked for what was driving uric acid levels up, and eventually this took us to fructose. We found that fructose was not only driving high blood pressure, but also other features of metabolic syndrome. When we lowered uric acid in fructose-fed animals, we not only blocked high blood pressure from developing but also other features of the metabolic syndrome. This led us to study fructose in more detail.

3. You studied animals first. The same thing happens in humans?

Yes. Fructose is a major component of the American diet, and is primarily in table sugar (sucrose) and in high fructose corn syrup. Intake of these sugars is associated with increased risk for high blood pressure, and for obesity, diabetes and fatty liver. And those sugars also are associated with higher uric acid levels and the problems that causes.

Our most recent studies suggest that one of the major ways fructose increases fat is by its unique ability to raise uric acid inside the cell. In the liver, for example, we can show that fructose is a major factor driving fatty liver, and that this is driven in part by the uric acid.
The uric acid works on the energy factories in the cell, the mitochondria, and preferentially blocks their ability to degrade fat while at the same time reducing the energy output. When a cell has less energy, it communicates to the brain to eat more. At the same time, the inability to burn fat leads to fat accumulation. Soon you have fatty liver.

Weight is normally tightly regulated among animals. They tend to gain weight to help survive during periods of food shortage or famine. When they do this, they develop fatty liver, they’ll increase the fat in their blood and their abdomen, and they even become insulin resistant. So they develop all the features of metabolic syndrome.

It’s clear that what people are calling metabolic syndrome is actually a form of fat storage. The difference is that humans continue to store and accumulate fat, whereas an animal gains fat and loses it in a regulated way.

4. So uric acid signals the body to gain weight?

Yes. One of the first clues came from studies of starving animals. Uric acid was the factor that goes up in the starving animal, and we believe it signals to the animal to try to reaccumulate fat. In our society, sugar turns out to be a major way for activating this switch. Soon we realized that the activation of this metabolic switch might be very important in the cause of obesity in humans.

As we looked for what could activate this switch in animals and we realized that fructose was a big way to activate it, we then started looking at humans and saw that this mechanism we had discovered could actually account for a lot of the obesity in humans.

We further linked the susceptibility of humans to fructose to a mutation that occurred 15 million years ago during a period of famine. The mutation resulted in a greater increase in uric acid in response to fruit, and thereby allowed us to increase our fat stores more easily in the setting where fruit availability was decreasing. Thus, this mutation likely acted to protect us during periods of famine in our past.

However, sugar was not available then, and as sugar was gradually introduced into society, suddenly there was much more fructose available than in the past. Then we found that there are other foods that can activate the switch, though not as much as fructose. (For example) umami foods, the type of food that’s called savory, such as gravies and shellfish. However, beer is the greatest culprit after sugar. We realized that you can activate the switch a number of ways. Then we looked at what happens when the switch gets activated and how it might play a role into not just diabetes and obesity, but a lot of other diseases, including celiac disease, food allergy and attention deficit.

The book makes the case that the fructose/uric acid switch is probably the underlying major mechanism for the obesity epidemic. It’s very controversial. But the data is the data. I use everything, from anthropology and evolution and comparative physiology to biology and molecular biology and history, to put together the total argument.

5. Do you believe this could be the breakthrough to end this health crisis?

I believe the book provides major insights that could lead to not only how to prevent and treat obesity, but also one day to curing obesity.

Are the COVID-19 vaccines good news for cancer care?

Send your thoughts and suggestions for the Newsletter.
END_OF_DOCUMENT_TOKEN_TO_BE_REPLACED