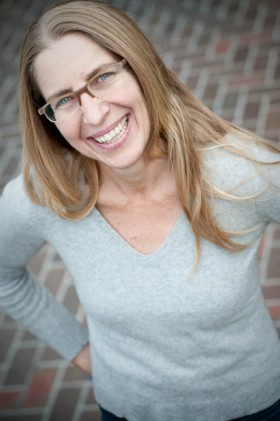 With the Winter Games opening on Friday, Feb. 12, Olympic fever is about to overtake the nation. You can't help but fall in love with the athletes and their stories of success and heartbreak. But behind every great U.S. competitor are people who ensure the team members will be able to live up to their potential.

One of them is Nanna Meyer, an assistant professor at Beth-El College of Nursing and Health Sciences at the University of Colorado at Colorado Springs. Meyer has been the U.S. Speed Skating Team's sports dietitian since 1999. She understands nutrition and athletics, having retired from ski racing in 2000 after "too many broken bones and overuse troubles." Along with two graduate students, she'll oversee meals for skaters at "safe houses" — pressure-free refuges away from the Olympic Village — during the Vancouver games.

At the university, she passes on her extensive knowledge to her graduate students who are registered dietitians training to become master's level, board-certified sports dietitians. Her hope is that these young professionals will serve the public, first in internships in Colorado communities, and then as the nutrition professionals in exercise and sport who deal with lifestyle changes, community wellness, longevity and performance enhancement.

1. How did you become involved with the Olympic Games?

I have been working in sports nutrition with elite athletes since 1996 in Switzerland. During my doctoral work at the University of Utah, I returned home to Switzerland to work with the Swiss National Ski Team in the capacity of a coach and sports dietitian. This was an important transition for me because just about seven years prior to this, I was still ski racing for the Swiss but moved to the U.S. on an NCAA scholarship after a succession of injuries.

I became involved with the Olympics the first time during Nagano 1998 when I developed meal plans for several Japanese hotels that were hosting the Swiss athletes. When I returned to the States to finish my doctoral work in Salt Lake City, I was a research assistant at a sports medicine clinic that happened to work with National Governing Bodies such as U.S. Speed Skating. In 1999, I began my work as their team sports dietitian and ran the food operations for U.S. Speed Skating during the 2002 Olympics in Salt Lake City. I also received funding through the International Olympic Committee to conduct research in nutrition and winter sport athletes prior to the Salt Lake Games.

2. What does being a sports dietitian for the speed skating team entail?

The work with any elite team is highly involved and organized. We begin with athlete screenings and assessments in the spring, work individually to get everyone up to speed on their training nutrition.

We also focus on dietary and sports supplements and educate them about the risk-to-benefit ratio when it comes to supplements. We make sure the athletes are not taking risky things that could lead to a positive doping test or impaired — rather than improved — performance. In contrast, we optimize fueling before, during and after training with low-risk, energy-containing sports supplements such as sport drinks, bars and gels, as well as vitamins and minerals if needed. Most teams have some sort of food service support, so my work also entails setting up catering and making meal plans for kitchens and cafeterias.

3. What types of food will you serve the speed skating teams and why?

The menus vary depending on the time of the day and what follows the meal in terms of training, competition or rest. Pre-event meals have to be high in carbohydrates such as pasta or rice, breakfast cereals or oatmeal, in combination with some protein — chicken, turkey, fish, eggs or egg whites, low-fat dairy, some soy — and very little fat. Fiber and fat decrease gastric emptying and slow digestion, so pre-event meals should be low in raw vegetables or whole grain carbohydrates. This is the time for starchy veggies that are easy to digest, such as carrots or zucchini. We also serve hot pureed or minestrone-style soups that are broth based. We serve soups with extra bread and there is always some fruit, yogurts, and a few cookies around. One of the athletes' favorites is a lasagna made with ground turkey breast, grilled eggplant, zucchini and butternut squash with sage.

4. Has the thinking about certain sports science changed? Are there examples of a speed skater's diet that would benefit the average American?

In earlier days we thought that thirst was not a good indicator to drink because it would be too late to remedy the dehydration associated with thirst. This was also the time when recommendations for fluid intake were high and not specific to sport, gender, age or environment. We have come full circle. Today, we know that thirst is a good indicator that we need to drink, and recommendations for how much we should drink during exercise are all based on individual sweat rates. So, while drinking is very important to prevent dehydration, it is equally important to avoid overhydration and dilution of blood sodium levels called hyponatremia, and it appears that thirst does a great job in preventing both.

As for diet, the average American really should not eat at Olive Garden! Carbohydrates are needed for muscle in the form of glycogen during exercise, but the average American who is relatively sedentary should scale back on those starchy carbs. For the athlete, carbohydrates are the most important ingredient on the menu, especially when they are training hard. When athletes don't train much or are in their off-season, they have to learn how to eat lower calorically dense foods in order not to gain weight. So the plates of the athlete look similar to a recommended plate for the inactive average American: Half of it should come from seasonal vegetables and fruit, with a handful of whole grains in their least processed form, such as whole wheat pasta, lentils, beans or whole grain bread. It also should include a good serving of lean protein, either animal- or plant-based. Fats are there for flavors and should be used in moderation. The athlete, as well as the average American, needs plenty of water and really does not benefit from sports drinks, soda or corn-syrup sweetened juices.

5. What is one of your favorite Olympic experiences?

I think that my experience with a famous athlete was the best one so far. I prepared food for U.S. Speed Skating during the 2006 Olympics in Torino for about one month. This short-track athlete was under a lot of pressure during those games and in continuous battle with the Koreans. The final competition led to a gold medal for this young man. I felt that my job was done and did not expect any further interaction. But as soon as he knew he had won, he called and thanked me in the middle of media interviews and drug testing before being called to the podium. Sometimes I think these elite athletes are living in a bubble because they are so far from what real life is all about. However, this young man learned to not lose sight in the midst of winning gold. It was Apolo Anton Ohno. This is still my favorite story and he knows it.

Nanna Meyer doesn't have a recipe for that popular lasagna of hers, but says that's because a recipe isn't necessary.

"You simply take one sheet of lasagna noodles — not broken, and the best in town are Papardelle's — and cook it to al dente," she said. "As it's folded on the plate, you can layer it with items such as tomato sauce, spinach with garlic, mozzarella cheese, eggplant, zucchini and lots of basil."

Papardelle pasta is worth hunting for, she says. It's typically sold at farmers' markets around the state, as well as Bella Pasta in Denver.