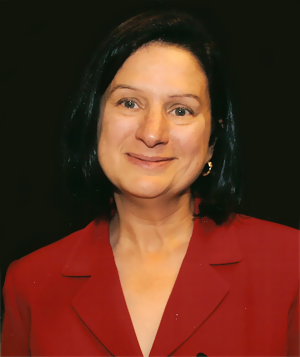 Women’s physiology is different from that of their male counterparts in many aspects, but scientific research hasn’t always included both men and women in studies. The Center for Women’s Health Research at the University of Colorado’s School of Medicine on the CU Anschutz Medical Campus promotes research and helps train young scientists to study how diseases -- particularly cardiovascular disease and diabetes -- affects women and the health differences between the sexes.

Center co-founder and director Judith Regensteiner is a CU alumna, earning her Ph.D. at CU-Boulder. Her path to medical research wasn’t straightforward: Her early interests were in anthropology, but she became more and more interested in biomedicine as she continued her education.

“I did my post-doc work in cardiovascular physiology and I never looked back. I love it,” she says. “I’ve let my career evolve and I’ve benefited as a result. It didn’t turn out to be a traditional path, but it turned out to be exactly what I wanted. It turned out to be a wonderful process of discovery.”

Regensteiner is a professor of medicine and, along with being director of the Center for Women’s Health Research, is the principal investigator for the $2.5 million “Building Interdisciplinary Research Careers in Women’s Health” (BIRCWH) program,  which supports young women and men scientists and physician scientists so that they can build a career in women’s health or sex difference research. She also is an investigator on other grants from the National Institutes of Health (NIH) and the American Diabetes Association, and her research interests include diabetes and cardiovascular issues, as well as peripheral arterial disease.

Her honors are numerous, and include the Department of Medicine Ph.D. Teaching and Research Award, the Henry Christian Award for outstanding cardiovascular research from the American Federation for Medical Research, and the Elizabeth Gee lectureship award for her work with the center.

”The university helped me from the beginning,” she says. “It supported me and the center and realized it was an interesting and important endeavor. I’m proud to work here and I appreciate all of the support I’ve received.”

1.  When did you found the Center for Women’s Health Research and why did you feel it was needed?

I founded the center in conjunction with two colleagues, Drs. JoAnn Lindenfeld and Lorna Moore, who was a former mentor of mine. I became director and got the business plan and bylaws written. Of key importance, I met a successful businesswoman in the community, Judi Wagner, who taught me how to create a structure for the center and she also developed the community-based advisory board. The center began operating in 2002 and received center status in 2004. We brought the science and the young scientists to the center and she brought the business acumen. Combining the power of community and academia helped create something that works very well.

The center was built because there are so many unanswered questions about women’s health, even more so than about men’s health. Until very recently – less than 20 years ago -- women were often excluded from research studies, so we have a smaller knowledge base about women. As a result, the way we prevent, diagnose and treat women may not be optimal. The center’s development was driven by the need to have good answers about women’s health and the need to understand sex differences. For instance, there are differences in women’s heart disease and women’s diabetes compared to men’s, and we need to know more about those differences so that advances in care can be made by us and others around the country.

Our mission is to do cutting-edge research involving women’s health and sex differences, particularly in cardiovascular health and diabetes. The center’s efforts are focused on these two problems because they are two of the biggest killers of women. For instance, women with Type 2 diabetes who have a heart attack are more likely than men to die within a year. Diabetes is a terrible disease for anyone, but it may have worse cardiovascular consequences for women. Our focus at the center is to do research, educate and mentor the next generation of scientists about women’s health, and educate the public and health-care providers.

Research sponsored by the center primarily includes three areas right now: fetal origins of adult disease; diabetes, cardiovascular disease and exercise, which are my areas of interest; and women’s heart disease. Our work encompasses endocrinology, cardiology, pediatrics, nutrition, geriatrics and adult medicine. I love the lifespan approach that we take because it makes sense. Our beginnings may affect our future lives.

We are currently supporting about 30 young scientists either in full or in part with seed grants. We will announce this year’s winners of the competitive grants at the center’s Annual Community Luncheon on Sept. 26.

Our goal is to make the center nationally and internationally known. Community involvement in the center might be one of the most novel things we are doing. The community taught me about business models, nonprofit development and gave me advice on going forward and how to be more entrepreneurial. They also have generously supported the center philanthropically. And thanks to the community members involved with the center, we just completed an endowed chair for the director of the center, the Judith and Joseph Wagner Chair in Women’s Health Research, which is one of a few of its kind in the country.

There are other centers that study women’s health in the country but ours has some unique aspects, including the community involvement. In addition, our focus on cardiovascular disease and diabetes research is uncommon. Without community, it simply would not have happened. And I can’t tell you how meaningful the endowed chair is because already we have a legacy to pass on to future leaders of the center.

2. What has your research found about exercise and people with Type 2 diabetes?

Jane Reusch is a partner in research and one of the senior scientists at the center. We’ve been working together for many years. We have found that women with Type 2 diabetes have an impaired exercise capacity even in the absence of other complications. When you are 30 or 40 years old, a 20 percent decrease in the ability to exercise might not matter and you might not even notice it. But as you get older, functional range narrows and that’s a serious concern. Additionally, fitness is linked to mortality in everybody and that’s also true with diabetes. The better quality of life that you have and the longer you live is linked to the ability to carry out physical activity, so it’s important for us to understand where there might be a decrease in exercise capabilities. Exercise impairment could be a surrogate marker and perhaps is even representative of early signs that things are not going right with the heart.

We have seen some abnormalities in heart function in adults and also in adolescents. We think that exercise training and lifestyle changes might help with some of those heart abnormalities. We’ve found differences in non-diabetic adults and teens compared to adults and adolescents with the disease. We think exercise and exercise training may reverse this and that’s very exciting, but it’s hard to get people to exercise. Teens especially are affected by how their families behave: if they come from a sedentary family, they are more likely to be sedentary. We need to help people find a fun way to exercise because we know that, especially with teens and even adults, it has to be fun or people won’t do it. We have to get people to understand that lifestyle changes may not be fun at first, but they come with tremendous benefits.

3. You’ve also studied peripheral arterial disease. What is that?

Peripheral arterial disease is the blockage of arteries in the legs and often is referred to as poor circulation. It’s still one of the most unknown diseases there is, despite the fact that it’s related to heart disease and is present in many millions of Americans. If people have trouble walking because of cramping in the legs, they should think about getting treated. Sometimes women will complain about leg cramping to their doctors who will say that the problem is because of aging even though it could be because of blockage of the arteries.

4. Recently, you received the Outstanding Research Mentor Award for 2013 from the Colorado Clinical and Translational Sciences Institute (CCTSI) Clinical Science Graduate Program. What does it take to make a great mentor? Why do you enjoy mentoring?

I don’t call myself a great mentor. But I do love mentoring; it lights the fire in me. I’m the principle investigator of the NIH’s BIRCWH grant. These grants are especially popular because funding is so very heartbreakingly hard to get. A lot of what I know about being a mentor comes from being a BIRCWH PI. It’s about building interdisciplinary careers in women’s health, and I’m involved in mentoring many young scientists and physicians.

I’ve learned from great mentors, and my mentees have been successful so that’s why I received the award. One pearl of wisdom is to have a mentorship team. A team is important because you can count on different people for different things and are not dependent on one person.

I wrote a paper with a colleague for NIH detailing the pearls of wisdom about mentoring. For writing the paper, we received information from all 29 BIRCWH sites around the country and analyzed it. Based on our research, we found that frequency of meeting with mentors was important. There also has to be some altruism in the mentor. Although mentors give a lot of themselves, they also receive a lot from their mentees. Mentorship is so rewarding.

I don’t have a mentor per se at this point in my career, but many people mentor me. The members of the center’s community board mentor me, and I really enjoy learning from people in academia and those in the general community.

I have a strong wish to contribute that probably came from my parents, who were supportive of doing good works and trying to help people. My dad, who was a judge, was an immigrant from Nazi Germany who tried to help immigrants get started in this country. I want to help people and further a field, and not just focus on my own work.

5. What other types of activities do you enjoy?

I have a husband and daughter who I get a lot of joy from. I love to run and I walk every night with my family. My daughter still walks with us when she is home from college, even though she now listens to her iPod, but she looks forward to the walk. It gives us a chance to talk about what happened that day, but the important thing is the exercise and the togetherness.

The three of us go to Canada every year, to Vancouver and the west coast of Vancouver Island. I’m absolutely passionate about that place. My husband and I have been married for 33 years and have been going to Canada for 20 years. We spend 10 days there every year. We walk miles and miles around the city. There are always festivals going on, and we go whale watching while on the west coast of Canada. There is something about the place that calls to me; and I will always have a longing to go there.

Send your thoughts and suggestions for the Newsletter.
END_OF_DOCUMENT_TOKEN_TO_BE_REPLACED