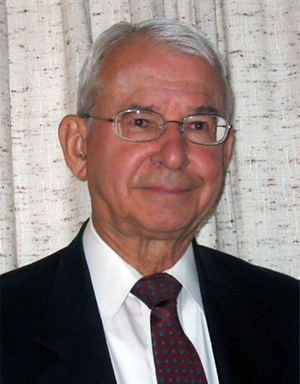 Charles R. Goeldner left an illustrious career at the University of Colorado Boulder Leeds School of Business in May 2001 – officially, at least. But he likes to say that he is not really retired, he’s just off the payroll. In fact, he can be found frequently working in the emeriti office.

A meeting in Vancouver was a turning point in his life.  As an assistant professor of marketing at California State University, Northridge, he attended a Western Council for Travel Research summit in British Columbia, Canada.

“That was when I decided tourism would be a great field to research. Also at that meeting, I met Philip Cateora of the University of Colorado and he decided I would be a good person to replace him as the director of the Business Research Division (BRD) of the then College of Business,” which traced everything that went on in the Colorado economy, he said.

He joined CU in 1967 and for 25 years was director of the Business Research Division. Over the years, he served as chair of the Marketing Division, as associate dean for Undergraduate Studies and Administration, an associate dean for Graduate Programs and Research, and as executive assistant to the dean. He taught Principles of Marketing in both small classes and mega sections – he said small is better in this case – Principles of Advertising, Market Research, and Tourism Management in the undergraduate program and Business Research in the graduate program.

“Since tourism was one of Colorado’s important economic sectors, I gravitated to doing almost all my research in the tourism, travel and recreation sectors,” he said. “It was incredibly rewarding and exciting to work with leaders in the ski industry and other segments of the travel and tourism industry.”

His favorite memories of the university: being promoted to full professor, CU winning the Orange Bowl, the College of Business becoming a member of the Graduate Management Admission Council under his watch, working with some great university people, and working with the ski industry and doing ski research.

He continues to be involved with the BRD’s annual Economic Outlook Forum and revise his tourism textbook, which is in its 12th printing. As a professor emeritus, he has a little more free time and spends more of it traveling.

1.  You first wrote “Tourism: Principles, Practices, Philosophies” in 1972. What are some of the biggest changes you’ve seen in tourism over the years?

“Tourism” is now the leading tourism text used in tourism courses in the United States. Wow! The changes have been dramatic. The World Tourism Organization tracks international tourist arrivals and they numbered 166 million in 1970 and have grown to 935 million in 2010.  Colorado recorded 2,997,953 skier visits in the 1970-71 season and now records more than 10 million skier visits annually. Vacation habits have gone from one annual vacation to multiple trips and shorter stays. Travel attitudes have shifted from travel being considered a luxury to travel considered a necessity. Travel has been a growth industry.

When I founded the Journal of Travel Research in 1972 it was the first in the U.S.; now there are more than 180 tourism journals published around the world.  The first tourism text book was published by McIntosh in 1972 and it was one of the few books on tourism and today we have hundreds of tourism books on virtually every subject. Tourism associations, conferences and research centers all have boomed. In the ’70s, there was no electronic communication and today we have TRINET and other list serves and electronic bulletin boards. Back in the ’60s, tourism research was mostly survey research reporting frequencies while today we have virtually every qualitative and quantitative technique being used. Tourism dissertations being written have gone from one a year to more than 120.

2. How has technology and climate change affected tourism?

Technology has had a powerful impact on travel. Tourism was one of the early industries to be transformed by the Internet as it first became a major information source and next as a major channel of distribution with half of travel in the United States now booked online. The Internet has gone on to become pervasive in all areas of tourism marketing. Internet marketing is also called i-marketing, web marketing, online marketing and e-marketing. The Internet provides the same capabilities found in direct mail and telemarketing; it provides a new communications medium that can provide interaction with customers. It has the ability to deliver a rich multimedia message 24 hours a day, seven days a week, 365 days a year.

Social media has great potential to impact travel. Currently there are success stories and failure stories, so time will tell how social media will evolve in regard to travel.

Climate change is a major concern of the tourism industry. It can impact our ski industry, raise ocean levels and create temperatures that threaten the success of the tourism sector.

3. Colorado broke a record in 2010 for tourist visits (55.1 million) despite the economy. What are key issues that can make or break a tourism season?

Key issues for tourism are people, with income, and a willingness to spend on travel. Thus, the economy, the weather, a state tourism office with a competitive promotion budget, a supportive legislature, dynamic tourism leaders and an attractive destination are all key. In 1993, Colorado actually eliminated its tourism office and Colorado became a case study on how not to do tourism promotion and what happens when state tourism promotion stops. Longwoods research firm in Toronto, Canada, researched the situation and reported Colorado lost roughly $4.3 billion when it lacked a tourism office. There is no question that more money equals more tourists. It is necessary for the state to be competitive with other states and keep the Colorado name in vacation planners’ minds. When Colorado stopped promoting, we shifted from being a national market to a regional market. The current Colorado Tourism Office (CTO) has done a good job in making us a national market again.

4. What are some of your favorite achievements or research?

Achievements I am proudest of include: Chairing the Building Equipment Committee in the ’60s, purchasing almost all the equipment in the building and supervising the move into the building in January 1970;  serving as director of the Business Research Division and making it a profit center that contributed more than $2 million to the college research and travel programs during my directorship; conducting three of the college’s AACSB accreditations, and three of the college’s program reviews; founding and launching the “Journal of Travel Research” in 1972; helping establish the Colorado Tourism Board in 1983; serving as president of the Travel and Tourism Research Association in 1974 and later receiving their lifetime achievement award and serving as president of the Association for University Business and Economic Research in 1975; receiving the Colorado Tourism Board’s Individual Tourism Achievement Award (1990) and being inducted into the Travel Industry Association of America Hall of Leaders (1992); negotiating an agreement with Sage Publications in 1998 that led to the transfer of the “Journal of Travel Research,” “Journal of Marketing Education” and “Journal of Macromarketing” to them, which resulted in a $450,000 contribution plus royalties for 10 years to the foundation to endow the Center for the Study of the Colorado Economy; and conducting ski research.

5. Are you a tourist? Do you love to travel? What are some of your favorite places to visit and why?

Yes, yes, yes! I do love to travel. Asking about favorite places to visit is a little like asking who is your favorite child. Australia, London, Paris, Munich, Vienna and Turkey are all favorite places. Everywhere we have gone we have had great travel experiences whether it has been the U.S., Canada, Europe or Asia. I would like to return to every place I have traveled.

Cover photo by Casey A. Cass/University of Colorado

Tagged with:
Leeds School of Business

Colorado economy to gain jobs in 2021, but fall short of full recovery

Send your thoughts and suggestions for the Newsletter.
END_OF_DOCUMENT_TOKEN_TO_BE_REPLACED