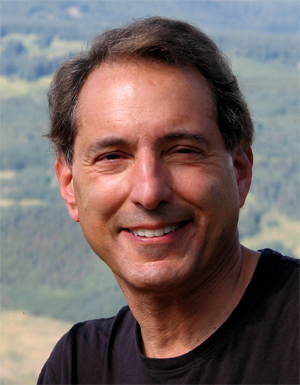 Allan Wallis is an associate professor of public policy at the University of Colorado Denver’s School of Public Affairs. Previously he taught at CU-Boulder, where he directed the program in environmental design. He also has been a trainer in CU’s Excellence in Leadership Program since its inception. Twice while at CU Denver, he received the Distinguished Service Award and has received numerous other honors as well. His list of publications, research grants and keynote speeches is lengthy. Currently, his research focuses on emerging forms of regional governance.

Away from work, one of his favorite escapes is to join colleagues for hut trips. The huts are generally accessible by skis or snowshoes in the winter and on foot during the summer months. His favorite destinations: Janet’s Cabin above the Copper Mountain Ski Resort, the 10th Mountain Division Hut near Leadville, and Shrine Mountain Inn (a cluster of three cabins perfect for family outings) just a few miles off the Vail Pass rest area.

1. How did you move from an interest in environmental design to public administration?

I think that many of us are surprised by where our intellectual journey takes us. While studying architecture as an undergraduate at The Cooper Union, I became interested in factory-built housing. For decades, architects and engineers had imagined how housing could be mass produced, presumably resulting in better and less expensive dwellings. As obvious as its benefits seemed, this approach met strong resistance in the U.S. The one distinct area of success was the mobile home, which in the 1970s accounted for about a quarter of all new housing being produced annually, and provided most of the privately purchased new affordable housing.

I ended up exploring mobile homes for my Ph.D. dissertation in environmental psychology at the Graduate School of the City University of New York. That dissertation eventually became the book “Wheel Estate: The Rise and Decline of Mobile Homes.” It also served as the basis for two TV documentaries. In doing the mobile home research, I found myself moving away from how individuals perceive their housing to how regulators perceive housing, particularly those drawing up zoning and building codes. That connection led me to public policy. I became increasingly interested in public administration, particularly in the area of planning and local government decision-making, and I went back to school to see if I could understand that better.

In 1990, after completing a degree in public administration at Harvard’s Kennedy School of Government, I took a joint position with the National Civic League (NCL) and CU Denver’s School of Public Affairs.  In the late-1920s, NCL became one of the first organizations in the United States to address the question of how to govern metropolitan regions. When I joined the organization as its director of research, regional governance was a natural topic for inquiry. At the time there was not much work being done on the topic, but it has since become a major subject area in political science, economics and geography. It’s both exciting and gratifying to see how the field has developed.

2. Why is regionalism an important topic today? 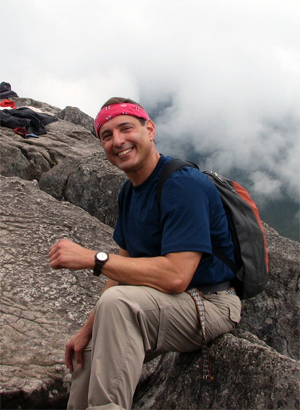 It’s important to realize that today more than 80 percent of Americans live in urban areas -- the majority of them in the suburbs. Although we are clearly an urban nation, we have yet to figure out how to govern our regions. The Denver region, for example, is composed of more than 500 units of local government. While most regions have highly fragmented governance structures, metro Denver is relatively unique in terms of the number of significant voluntary, collaborative efforts designed to help steer it; for example, the Scientific and Cultural Facilities District, the Stadium District, the Metro Mayors Caucus, and the Mile High Compact, to name a few.

The same challenge faces Europe, especially since formation of the European Union. Within the EU, national boundaries have become far less significant in regulating trade among member states. As a result, regions have become the real units of economic competition. But, again, how are these regions to be governed?

3. Some of your research on regionalism was done in south Florida. What did your work uncover?

In conducting my research on regionalism at NCL, I came into contact with the MacArthur Foundation, which had a large portfolio of real estate in South Florida. The foundation had an interest in developing research on regionalism and I became involved in that effort. That work lasted six years, resulting in four indicator studies designed to track different areas of regional performance.

In trying to understand regions and their governance, what I look at is what economists and social scientists call path dependence, or how past institutional arrangements affect how an area solves emerging problems. If a region has a strong centralized government, it is more likely to approach the challenges of regionalism with a governmental response. If it has a strong, active, and well-organized private or corporate sector, it is more likely to respond with strong involvement by those sectors. A strong and unifying church may be important to other regions. Past history significantly influences how current problems are viewed and how they are addressed.

4. Your current work focuses on regions in the Intermountain West. What do you hope to learn?

I’m currently on sabbatical looking at four regions of the Intermountain West: Denver, Salt Lake City, Calgary and Edmonton. Right now I’m focusing on the Denver/Calgary comparison and will be in Calgary throughout June doing interviews. A lot of what’s going on in our region is occurring voluntarily; which is to say without a centralized authority developing a strategy. Something similar appears to be happening in Calgary.

Until 1995 there was provincially mandated regional planning designed to preserve the hegemonic control of Calgary over its region. That system was dissolved by Alberta Province, and all of the municipalities making up the region were free to compete with one another for growth. After 10 years, and under the initiative of the mayor of Calgary, a voluntary effort began, called the Calgary Regional Partnership (CRP). Today, Calgary is the only region in Canada that is developing a comprehensive regional plan on a voluntary basis through the CRP. This summer, the CPR hopes to have Alberta Province approve its plan.

I have a Fulbright scholarship to do research at the University of Albert next spring. I intend to use that time to expand my sample of regions to Edmonton and Salt Lake City. Edmonton is Alberta’s second major city. It has chosen to develop a regional plan following a top-down process. I’m interested in why top-down makes sense for Edmonton but has been rejected by Calgary. In Salt Lake City, a form of voluntary regionalism is at play, coming out of an organization called Envision Utah, a public-private partnership that promotes quality growth with an emphasis on air quality, transportation options and open-space preservation, to name a few. Salt Lake City offers another example of voluntary regionalism, but one with connections to the Mormon Church.

Each of these four regions is distinct in how it is going about inventing an effective form of regional governance. All four are located in the Intermountain West, a setting which I believe influences their approach to governance. I hope that I can bring my work in these four regions together in a book, but I am hesitant to focus on the product until I understand the regions better.

5. You’ve done many program evaluation projects over the years but an interesting one was at a community center in Tanzania. How did that come about?

There’s a certain amount of serendipity in the projects I’ve undertaken. For several years, I was involved with projects concerning the delivery of HIV services funded by the Ryan White Care Act. I facilitated development of the first and second HIV/AIDS comprehensive services plans for the metro Denver region. While involved with that work, I met Dr. Vic Dukay of the Lundy Foundation. Dukay was working on a project to build a community center that would provide a home for children in the Village of Idweli, Tanzania, who had lost their parents to AIDS.  This was a demonstration project that might provide a model if it proved successful.

As that project was nearing completion, Dukay contacted the Rockefeller Foundation in Nairobi to see if it might help provide operating funds for the community center. The foundation said that it didn’t make those kinds of grants, but that it was interested in an evaluation that could help develop instruments for measuring the psychological wellbeing of children orphaned by AIDS. With foundation funding we engaged in an 18-month project with co-investigators in Tanzania, using the community center in Idweli as our test site.

Through the instruments we developed, our project demonstrated that the community center was being effective in improving the well-being of its children. However, the center was subsequently closed by the district government for some rather bizarre political reasons. Ever the eternal optimist, Dukay decided to turn lemons into lemonade. He knew that PEPFAR — the U.S. aid program that channels billions of dollars in funds to Africa to help reduced the impact of HIV/AIDS – was under reauthorization. I worked with Dukay to help get provisions written into that reauthorization that require an impact evaluation of every PEPFAR grant made. We were successful in getting that evaluation requirement in place, which helped assuage our disappointment over seeing the community center close.