The Faculty Council and Senate last week heard an update on the systemwide strategic planning process as well as President Mark Kennedy’s first remarks to a meeting of the Faculty Senate. 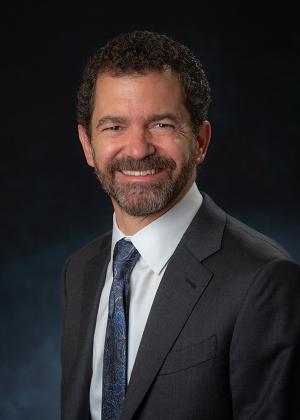 At the Oct. 24 meeting at 1800 Grant St., Todd Saliman, system vice president for finance and chief financial officer, speaking as a co-chair of the strategic plan, said the website devoted to the strategic planning process continues to be augmented with detail and conduits for communication with university leadership. While a general email address for questions about the process – CUStratPlan@cu.edu – already is in place, soon there will be email addresses for each of the nine working groups devoted to specific topic areas.

While leadership has been appearing regularly at governance group meetings to engage with faculty and staff on the strategic planning process, Faculty Council Chair Joanne Addison said faculty would appreciate increased communication. She said she has heard concerns about the lack of Faculty Council members included among the working groups.

Saliman said the co-chairs of the working groups were charged with assembling the members. He and Kennedy also noted that the evolution of the plan’s focus pillars was a direct result of input and feedback from Faculty Council and others. The original three pillars – fiscal strength; discovery and impact; and access, affordability and student success – gained a fourth: diversity, inclusion, equity and access. That focus had initially been part of the access, affordability and student success pillar.

During his report to the Faculty Senate, Kennedy said the strategic planning process has been a significant focus of his first months on the job. “I’m sensing there’s a lot of enthusiasm and a belief that we can move this plan forward.”

Kennedy said two RFPs (requests for proposals) initiated earlier this year will soon be concluded; one gauges the university system’s technological assets and needs, while the other focuses on online education at CU, including current capabilities.

The president and his wife, Debbie, traveled much of the state this summer and fall, meeting with residents and members of the CU community. Kennedy said he also has had frequent meetings with lawmakers and Gov. Jared Polis, who on Friday is expected to release his request for next year’s state budget.

In other business at the Oct. 24 meeting: