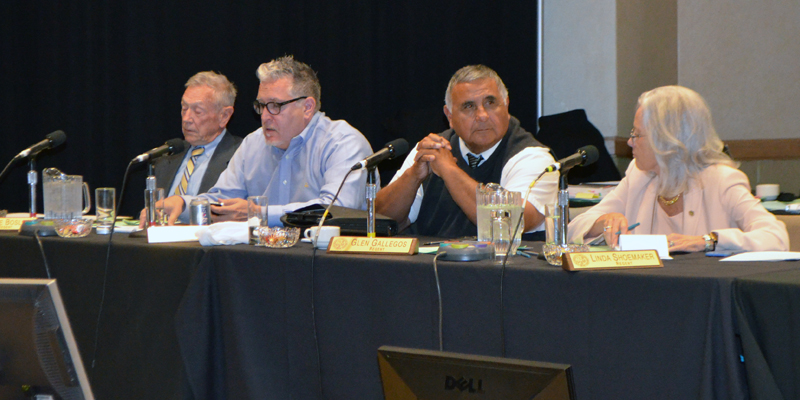 Diversity in its many definitions is making headway at the University of Colorado as each campus approaches inclusion with unique strategies and programs, but there is still a great deal to be done.

Diversity officers from each campus highlighted programs and progress in the area of inclusion among students, faculty and staff, while conceding great challenges remain.

The regents asked for more solid numbers and formalized strategies that address all areas of inclusion, such as diversity of thought.

Regent Glen Gallegos, R-Grand Junction, also asked the diversity leaders to set a benchmark and to establish a timeframe for when the student and faculty minority population will parallel that of the state.

“Our strategies for diversity on campus are good for all kids. It really doesn’t matter what color they are,” Gallegos said. “I would like all campuses to determine a timeframe when our campuses parallel the state; mirroring what the state looks like.”

“Why don’t we increase the pie of minority students who can actually get into the University of Colorado?” he said. “If we’re actually committed to increasing minority students through our doors . . . I think we need to break down mental barriers, we really need to be inspired. Let’s really change the game and create these partnerships as far down as we need to go.”

Nesbitt said their suggestions will be addressed in the long-range diversity and inclusion plan, which was announced in December 2015 and remains a work in progress.

Send your thoughts and suggestions for the Newsletter.
END_OF_DOCUMENT_TOKEN_TO_BE_REPLACED