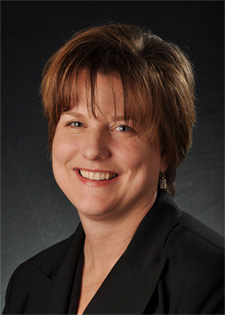 University of Colorado Boulder Chancellor Philip P. DiStefano today announced new steps in filling two key administrative posts on the Boulder campus: senior vice chancellor for budget and finance and chief financial officer, and chief of staff for the Office of the Chancellor.

Fox would replace current Senior Vice Chancellor and Chief Financial Officer Ric Porreca, who retired last year but agreed to return to campus until a successor could be identified.

DiStefano said the plan to appoint Fox “has been in the works since last year with the support of President Benson.” Fox’s effective date of July 1 allows President Benson to plan for the transition.

“We are excited to have Kelly, who brings vast and vital experience to her new post,” DiStefano said. “Ric Porreca has also graciously agreed to stay on temporarily to work with Kelly in transitioning to her role.”

Fox currently serves as vice president and chief financial officer in the Office of the President and university system administration overseeing capital and operating budgets, as well as the controller’s office, treasurer’s office, risk management and the CU Procurement Service Center.

She has been at CU since 2006, although she also worked at the university as system budget director from 2001 to 2004. Previously, she was director of policy, planning and analysis at the Colorado School of Mines, and held budget, policy and planning posts with the Colorado Office of State Planning and Budgeting and the National Conference of State Legislatures.

“Kelly has distinguished herself with her skill, diplomacy, and candor with constituents that include CU faculty, staff and students, the regents, elected officials and finance experts in the Legislature and the governor’s office,” said DiStefano. “She will be a marvelous addition to my cabinet and to the leadership of the CU-Boulder campus.”

DiStefano also announced that he intends within the next few weeks to begin the process for filling by July 1 an administrative position now held by Chief of Staff Joey White.

The position would manage the flow of work that comes to the Office of the Chancellor from both the Boulder campus and from the president’s office and the Board of Regents.

White and Porreca have a combined 61 years of service to the Boulder campus and have, together, served five CU-Boulder chancellors.

“Ric and Joey have been vital to the success, expansion and current reputation of the CU-Boulder campus,” DiStefano said. “Their caliber and tenure of service have helped a succession of leaders over the last three decades build CU-Boulder into a world-class research university that serves Colorado and is engaged in the world. I thank them for their assistance to me and to generations of students, faculty, staff, administrators and CU stakeholders.”

Send your thoughts and suggestions for the Newsletter.
END_OF_DOCUMENT_TOKEN_TO_BE_REPLACED