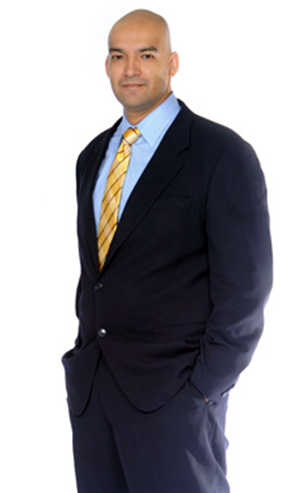 If you are of Latin American descent, do you call yourself Chicano? Latino? Hispanic?

As an undergraduate at the University of California, Los Angeles (UCLA), Carlos Hipolito-Delgado, Ph.D., knew instinctively that the ethnic labels his fellow students chose said something about their perception of themselves and their values.

“There was a very clear understanding that if you identified as a member of one group, you were not a member of the other groups,” Hipolito-Delgado said. “If you called yourself Hispanic or Latino, then being called Chicano was a four-letter word.”

“We all grew up in the same house with the same parents,” Hipolito-Delgado said. “But we all self-identify differently.”

His experiences with his family and as a student led Hipolito-Delgado to ask questions at the heart of a two-year research project. Why do people pick a certain label? Are self-identifying names much more than just labels?

Hipolito-Delgado’s research started with a survey that targeted a large group of students of Latin American descent. He found the students through undergraduate student groups active on social media. The survey included more than 100 questions touching on these topics:

Of course, the most important question was this one:If you were to pick a label, what would it be?

Hipolito-Delgado found that the labels students chose created a spectrum of self-identifying names. Where students landed on that spectrum could be a key to unlock their perception of themselves, their heritage and their feelings about the United States.

At one end of the spectrum were students who identified as Hispanic. Hipolito-Delago found that these students felt a stronger allegiance to traditional values of the United States. They were much less likely to identify with their own cultural heritage.

At the other end of the spectrum were students who identified themselves as Chicano.

“People who said ‘I am Chicano’ were significantly more likely to be more comfortable with their cultural heritage and much less likely to endorse U.S. values,” Hipolito-Delgado said.

While Chicano is a label that traditionally has been associated with Mexican-Americans, Hipolito-Delgado points out that it may be more accurately associated with social and political activism.

“I have white friends and Salvadoran friends who consider themselves Chicanos,” he said.

Falling in the middle of the spectrum were students who identified themselves in three different ways:

By the time he published his research in the Journal of Humanistic Counseling, it was clear to Hipolito-Delgado that many students pick the label Hispanic because they feel it is less politically charged than any other self-identifier and carries far fewer political implications than the label Chicano.

It was also clear to Hipolito-Delgado that for students who do self-identify, no matter what the label they choose, it is a “big deal.”

“For counselors, it’s important to understand these labels make a difference,” Hipolito-Delgado said. “They can’t lump people into one group.”

Hipolito-Delgado, who teaches in the Counseling Program, hopes his research will lead all mental health practitioners—whether they are counseling students or families—to realize that using the wrong term for someone can send the wrong message.

“It can derail counseling,” he said. “If you use the wrong term, there may be a perception that you don’t get who I am as a client. That person may never come back.”

Hipolito-Delgado asserts that pushing a label on someone, or on a group of people, misses important distinctions. To avoid just that issue, he has a simple solution.

“Ask the question. Ask someone—how do you identify yourself,” he said. “Be brave enough to have the conversations that will help us understand each other better.”