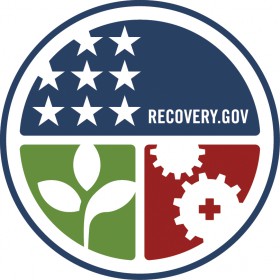 The University of Colorado's four-campus system has received 131 federal stimulus funding awards worth $49.8 million, according to the most recent figures provided by university administrators.

Including $2.3 million in general appropriations from the federal government, the total for federal research funding granted to CU so far this year is $52.1 million.

As of Aug. 31, CU campuses had submitted 844 grant applications worth nearly $448 million under the American Recovery and Reinvestment Act (ARRA), said Teresa Osborne, the system administration's director of capital assets, who compiles data for the CU system.

While such federal funding is an important economic lifeline, CU and other universities can only use the grant dollars to fund specific research. CU cannot add the one-time dollars to its general fund to pay for utilities, technology and faculty and staff salaries, which is why support from the state, donors and tuition are still important revenue streams for the university, she said.

President Barack Obama signed the act into law in Denver on Feb. 17, providing up to $800 million in new spending by Sept. 30, 2010. Since then, universities across the United States have applied for research grants through several agencies that have received millions of dollars in one-time federal stimulus funding. The funding is aimed at stimulating the sluggish U.S. economy.

Most of CU's funding requests have been direct grant applications through federal agencies. So far, university researchers have received 68 awards worth $20.2 million through the NIH, one award worth $740,000 from the U.S. Department of Agriculture, and 62 awards worth $28.9 million from the NSF. Of the total grant proposals, 86 percent are with the NIH, and 8 percent are with the NSF, Osborne said.

Following are the totals by campus for grant applications and granted awards: