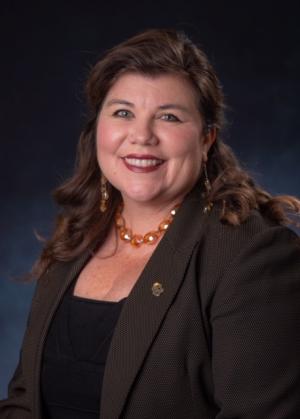 CU’s primary state and federal lobbying operations will consolidate into the system Office of Budget and Finance after Vice President for Government Relations Tanya Kelly-Bowry retires from her position next month after 22 years of lobbying for CU.

Kelly-Bowry will scale back her role to work on state lobbying efforts beginning with the 2021 session of the Colorado General Assembly. She will no longer have a vice president title or administrative responsibilities. Current Vice President for Budget and Finance and Chief Financial Officer Todd Saliman will oversee the newly combined operation. With the elimination of Kelly-Bowry’s vice presidential position, the move will result in savings, said CU President Mark Kennedy, who lauded her service.

“Under Tanya’s outstanding leadership, CU’s Office of Government Relations has brought in millions of dollars of state and federal funding to CU every year and saves millions more by seeking to prevent potentially damaging legislation, so it is a crucial part of our operation,” Kennedy said. “We are grateful we will continue to benefit from Tanya’s experience and expertise, and we know that with Todd’s skills and years of experience in government and lobbying that he will maintain a high level of performance in the new, streamlined structure.”

Saliman, whose title will change to senior vice president of strategy, government relations and chief financial officer, previously served in the Colorado General Assembly, including a stint on its Joint Budget Committee, which sets the state budget. Before coming to CU in 2012, he was the state’s budget director in the administration of former Gov. Bill Ritter. He has teamed with Kelly-Bowry and her Government Relations operation over the past several years to lobby the Joint Budget Committee and Legislature.

“The staff in Government Relations is a high-functioning team that serves CU extremely well, and I am fortunate to get to work even more closely with this terrific group,” Saliman said.  “I’m particularly pleased that Tanya will continue lobbying for us. She’s the best lobbyist in the state, with a stellar reputation at the Capitol along with a deep understanding of CU, its needs and issues.”

Over the course of her successful 22-year career lobbying for CU, Tanya Kelly-Bowry and her team have secured close to $3 billion for the university through state and federal legislative efforts. After retiring from CU next month, she will continue her efforts in the 2021 session of the Colorado General Assembly, but without administrative duties or a vice presidential title.

“Since I first became a legislator, Tanya Kelly-Bowry was always the go-to person for me. She knew the Legislature, worked on key issues, was trustworthy and competent,” said Colorado General Assembly House Speaker KC Becker, D-Boulder. “CU has been lucky to have her over the years, and I was lucky to be able to work with her on so many important policies.

“I am also happy my friend Todd Saliman will carry on her legacy in Government Affairs for our great university,” Becker said.

The funding she and her team secured includes money from the state General Fund, earmarks and state and federal capital construction appropriations. Over her career, Kelly-Bowry has worked on thousands of pieces of legislation with some 400 legislators and congressional members, five governors, as well as the executive branch and federal agencies from both sides of the political aisle. In the course of her CU career, she has worked with 34 regents, 17 chancellors and six CU presidents.

“I’ve had a great ride at CU and have been honored to work for dedicated Regents, six presidents starting with John Buechner, Sandy Bracken, Betsy Hoffman, Hank Brown, Bruce Benson and Mark Kennedy and our incredible chancellors,” Kelly-Bowry said. “I’m looking forward to the next chapter of my life and am happy to continue to be a CU champion in my new role at the Capitol.”

“Tanya is an incredible lobbyist for CU. She works her heart out and bleeds black and gold,” Priola said. “The university is in good hands with Todd Saliman, Heather Retzko and Jerry Johnson, and I’m so glad I’ll continue to see Tanya under the gold dome.”

“I am honored to wish my friend and confidante Tanya Kelly Bowry all the best as she transitions to a new phase in her career,” Perlmutter said. “We have known each other for years, since I served in the state Legislature, and she has been a key adviser of mine and one to so many elected officials, the leadership at CU and the Board of Regents. We have worked issues affecting every CU campus in the state, but I’m particularly proud of our work in the space industry. Together we fought to successfully bring the National Solar Observatory to Colorado and CU.

“Every year we work to try and secure full funding for labs and research facilities that provide cutting-edge technological breakthroughs recognized nationally and around the world, “ Perlmutter said. “We worked closely on the Anschutz campus build-out and the successful relocation of the University Physicians Inc. to campus, and during the construction of the Rocky Mountain Regional VA Medical facility.

“On a personal note, I will miss Tanya’s service to us on behalf of the University, her can-do attitude and positive spirit,” he said.

“Our incredible faculty are second to none, our staff are amazing and our students bring me hope for the future,” she said. “Our state and federal Government Relations team is, bar none, the best in the nation. I have every confidence that Todd Saliman will do a fantastic job in his expanded role. He’s exceptionally capable, and CU is in good hands.

“Thank you, CU, for allowing me the great honor to serve with my exceptional VP colleagues in this role.”