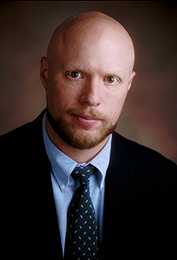 Eric Coleman, M.D., a geriatrician at the University of Colorado School of Medicine whose work focuses on helping patients transition from hospital to home, has won a $500,000 MacArthur Foundation “genius” fellowship.

“I am deeply honored and humbled to receive this recognition,” says Coleman, a CU professor who practices at University of Colorado Hospital. He added that he’s not yet sure what he’ll do with the unrestricted, five-year grant.

Coleman’s work focuses on an area of health care that has been embraced nationally as part of health care reform – reducing the number of patients released from a hospital only to be readmitted.

About one in five Medicare patients returns to the hospital within 30 days. Those readmissions are costly and, for the most part, preventable. Medicare began a system of penalties for high patient readmission rates on Tuesday, when the MacArthur awards coincidentally were announced.

Through studies piloted in Denver, then exported to other cities, Coleman showed that coaching patients in the transition out of a hospital, and following up with them, helped keep them from having to return quickly. His approach, using practical information such as lists of medical warning signs and follow-up appointments, is called Care Transitions Intervention.

The head of the medical school’s Division of Health Care Policy and Research in the Department of Medicine, Coleman received his medical degree from the University of California, San Francisco.

The MacArthur Foundation announced 23 grant winners. The grants support people who show exceptional originality and creativity.  The awards have become known as “genius” grants, although the foundation does not call them that. This year’s crop included writers, an economist and a maker of bows for stringed instruments.

Coleman notes that his work has been enough ahead of the curve that it’s been difficult to attract federal funding for it.

“Pursuing a relatively high risk research portfolio that challenges existing paradigms has translated into being ahead of the federal funding opportunities,” he says. “This has required identifying philanthropic funding partners that have been willing to take this risk together."

Coleman works on the University of Colorado’s Anschutz Medical Campus, a medical city in Aurora designed to foster collaboration. The campus “has been a supportive environment to pursue these endeavors,” he says.

Richard D. Krugman, dean of the medical school, says the school is “enormously proud of Eric and pleased he has received this prestigious recognition.”

Coleman is the eighth person to receive a MacArthur Fellowship while on the University of Colorado faculty. The seven other fellows since the program began in 1981, all from the University of Colorado Boulder: Deborah Jin, physics, 2003; Daniel Jurafsky, associate professor of linguistics and computer science, 2002; Norman Pace, molecular, cellular and developmental biology, 2001; Margaret Murnane, physics, 2000; Patricia (Patty) Limerick of history in 1995; Charles Archambeau, physics, 1988; and David Hawkins, philosophy, 1981.

Tagged with:
award, School of Medicine, University of Colorado Hospital

Send your thoughts and suggestions for the Newsletter.
END_OF_DOCUMENT_TOKEN_TO_BE_REPLACED