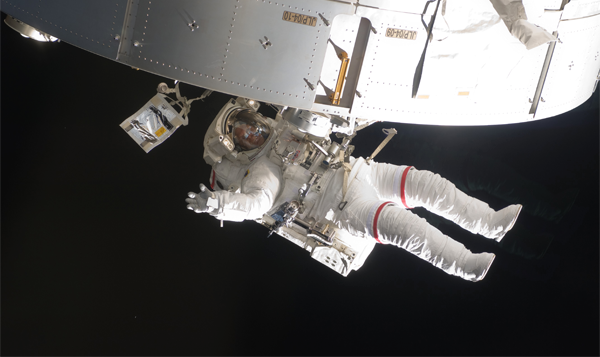 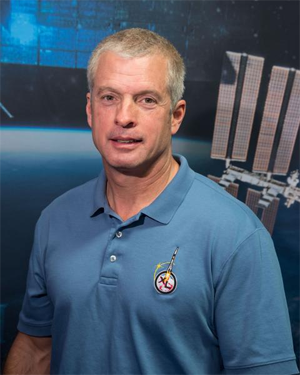 University of Colorado Boulder alumnus and NASA astronaut Steve Swanson on Tuesday will blast off with two Russian crewmates for the International Space Station, his third mission to the orbiting facility.

But this time he will not be riding in the familiar confines of a NASA space shuttle -- the fleet was retired in 2011 -- but in a capsule atop a Soyuz TMA-12 rocket launching from the Baikonur Cosmodrome in Kazakhstan. Not only will he blast off from there, he is slated to land in the capsule, which is somewhat similar to a NASA Apollo capsule, on the steppe of Kazakhstan in September after spending roughly six months in space.

Swanson, who earned a bachelor’s degree in engineering physics from CU-Boulder in 1983, will serve as flight engineer for Expedition 39, which already will be underway on the ISS when he arrives. In late May, Swanson, who considers Steamboat Springs his hometown, will become space station commander as Expedition 40 begins.

Swanson will be launched to the ISS along with cosmonauts Alexander Skvortsov and Oleg Artemyev of the Russian Federal Space Agency.

“We’ve trained extensively and I’m confident I can do all of the tasks assigned to me on the space station,” Swanson said. “The difficult part is being away from my family and friends for a long period. I’ll miss them, but at the same time we will be very busy up there, which makes the time pass quickly.”

The astronaut crew will be involved in dozens of research experiments in the low gravity of the ISS, including efforts related to protein crystal growth, capillary blood flow, gravity sensing by plants and muscle and bone loss changes in space.

As part of his duties, Swanson will operate hardware developed by BioServe Space Technologies located in CU-Boulder’s aerospace engineering department to conduct two experiments on the space station, both being launched later this year. One led by Dr. Timothy Hammond of the Department of Veterans Affairs will use a yeast-based assay system to evaluate known and novel anti-cancer drug therapies in the low gravity of space. A second led by professor Cheryl Nickerson of Arizona State University will evaluate host-pathogen interactions to better understand the risk of in-flight infections by space explorers during long-term missions.

Swanson previously flew on the STS-17 mission aboard the space shuttle Atlantis to the ISS in June 2007, then flew again on the STS-19 mission aboard Discovery in March 2009. Swanson spacewalked for more than 26 hours during the two missions and is tentatively slated for two more spacewalks during Expedition 39 and Expedition 40.

What does Swanson, whose two shuttle landings were on a smooth NASA runway in Florida, think about drifting by parachute in the Soyuz space capsule on the way from the space station back to Earth, eventually banging onto the ground in Kazakhstan?  “I know this landing will be much more wild and exciting than a shuttle landing,” he said. “It is going to be a very different experience, and I’m looking forward to it.”

Swanson will be packing several CU mementos, including a T-shirt, flag and a small piece of sandstone from the engineering center that has been engraved with a picture of Ralphie the Buffalo and an image of the International Space Station.

What does he recall about his time at CU-Boulder? “I remember waking up and seeing the mountains right there,” he said. “It was a beautiful thing, and helped me get going every day. I really liked CU-Boulder -- it is a good school, with good professors -- and I love to ski, I love to hike. I like the culture.”

His favorite times on the space station? “One of the best things is when you have a moment to yourself where you can just look out the window,” he said. Swanson also said he will spend what little free time he has emailing with family and friends back on Earth, blogging about his space station experiences and hopefully participating in a Google Hangout, sharing messages and photos and video-chatting with CU-Boulder students.

Some 18 CU-Boulder astronaut-affiliates have flown 47 NASA space missions beginning with Scott Carpenter in 1962.

To watch a video of Swanson talking about his NASA experiences and his passion for Colorado’s outdoors:

Send your thoughts and suggestions for the Newsletter.
END_OF_DOCUMENT_TOKEN_TO_BE_REPLACED