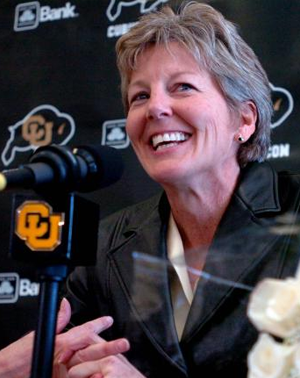 Barry currently serves as associate athletic director for student services and senior woman administrator (an NCAA designation) in the department.  She replaces CU-Boulder Athletic Director Mike Bohn, who submitted his resignation earlier in the day.

Hired as the women’s head basketball coach in 1983 by then-athletic director Eddie Crowder, she has a 30-year history of involvement in CU athletics.  She retired from coaching in 2005 as CU’s winningest coach ever in all sports (427 victories), leading her teams to 12 NCAA tournament appearances, including six Sweet 16 and three Elite Eight appearances. Over 95 percent of her student-athletes graduated and 85 of her players earned Academic All-Conference honors.

“Ceal’s experience, leadership and credibility with our athletic staff and stakeholders make her an ideal person to assume this important role as we search for new leadership,” DiStefano said. 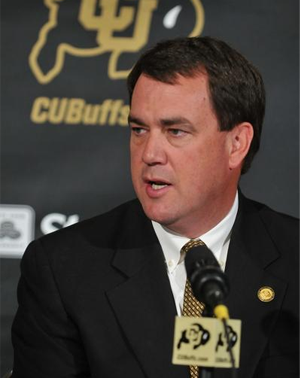 Earlier Tuesday, DiStefano announced he had accepted the resignation of Bohn, effective June 3.

“Mike Bohn led CU-Boulder athletics in a time of great transition and change,” DiStefano said. “We are grateful to him for his vision, passion and commitment, and for his key role in revitalizing men’s and women’s basketball, helping us to join the Pac-12 Conference, and in taking important steps to upgrade athletic facilities at CU-Boulder. We wish him well.”

DiStefano said he will in the coming days appoint a search committee to conduct a national search for Bohn’s successor.

DiStefano said the university will be seeking “a dynamic leader” as athletic director – someone who, he said, “can focus on our key goals of fundraising, building a dynamic organization, and creating long-term sustainability in the athletics mission.”

The university in February announced a $50 million facilities fundraising campaign as the anchor of a $170 million multiphase, multiyear upgrade of CU athletics facilities at Folsom Field and the Dal Ward Center, and the development of an indoor practice facility.

“We are seeking a talented leader who can build on Mike’s vision and make it a reality,” DiStefano said.