Friday’s seventh anniversary celebration of the CU Advocates program featured the announcement of a new CU Advocate of the Year, along with three other award presentations to outstanding members of the grass-roots group, which now numbers more than 4,300.

About 100 members of the group attended a reception at the Denver Country Club hosted by President Bruce and Marcy Benson. 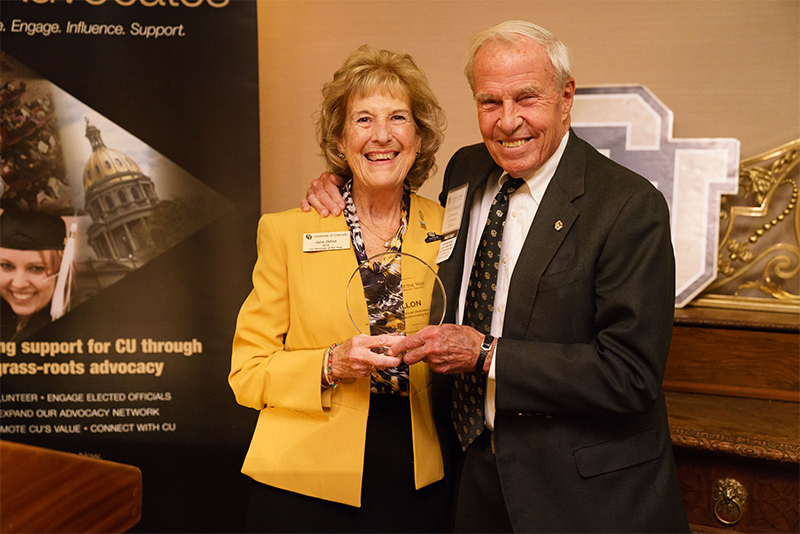 Jane Dillon of Colorado Springs received the CU Advocate of the Year Award, given to an individual who demonstrates exceptional advocacy at multiple levels on behalf of CU. She is a significant contributor to the University of Colorado Colorado Springs, where she has funded 18 scholarships and recently established an endowment for the campus.

“She has single-handedly elevated the CU Colorado Springs campus through her service, outreach and advocacy for CU,” said Michele McKinney, assistant vice president of advocacy and external relations at CU. “She’s one-of-a-kind, especially not being a CU alum or parent. She believes in the influence, impact and economic activity a vibrant university can have on a city and its people.”

Originally from Texas, Dillon moved to Colorado Springs in 1999 from New York City, where she was Assistant Commissioner for Business Services under New York City Mayor Rudy Giuliani.

The event featured this video tribute to Dillon’s advocacy: 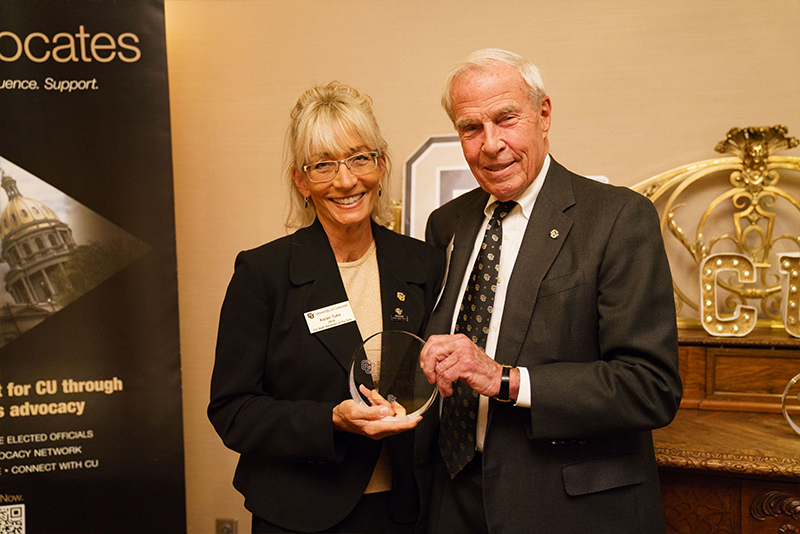 Tuke works in marketing and advertising at the CU Book Store. She lends her expertise to CU Advocates, having designed marketing material for the program, and frequently volunteers in support roles at CU Advocates events. 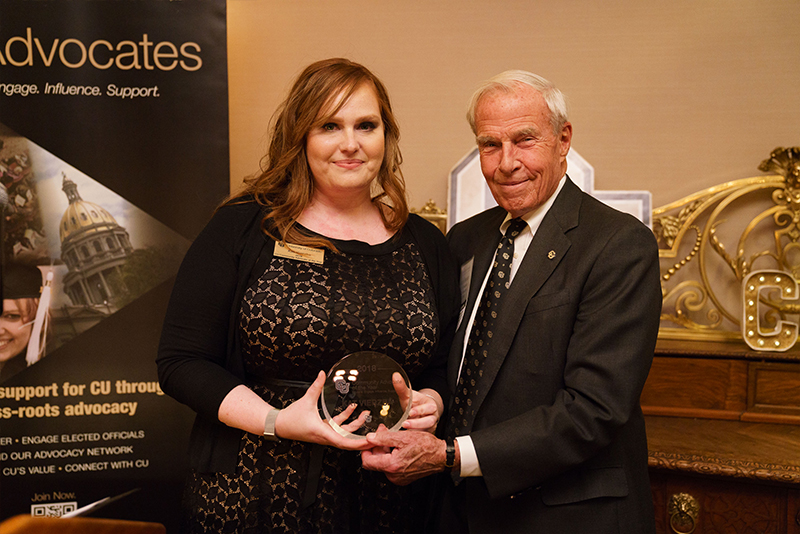 A CU Boulder alumna, Vierzba served as president of a Forever Buffs Alumni Chapter before returning to Colorado two years ago. Her community engagement has strengthened ties between the CU Advocates, Forever Buffs, CU Young Alumni and Buffs4Life. As a volunteer, she plays a key role in social media marketing for CU Advocates. 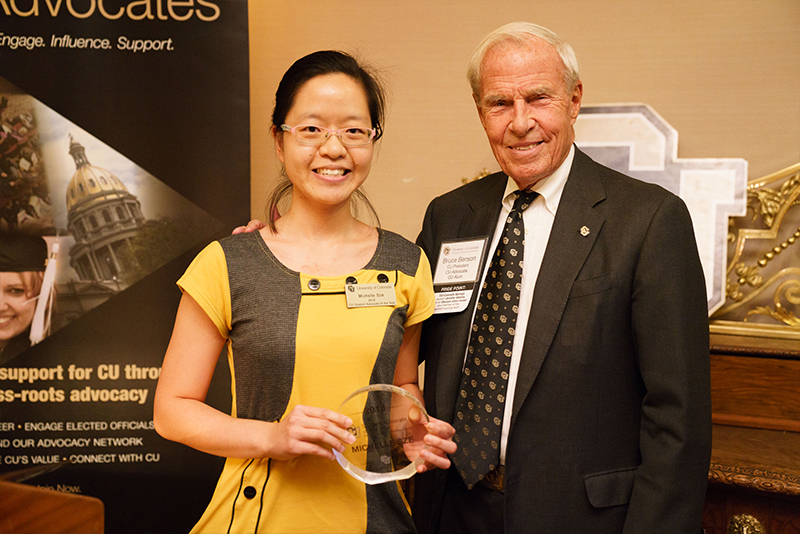 A six-year graduate student studying physics at CU Boulder, she works at JILA, where she teaches a physics class and lab. She is a frequent attendee at educational events hosted by CU Advocates.

CU Advocates is the official grass-roots network of the University of Colorado. Its mission is to connect educated, engaged volunteers who care about the university and work to promote its educational, research and economic contributions to Colorado and beyond. Members also help raise awareness about issues broadly affecting higher education.

Since 2011, the CU Advocates program has presented more than 250 educational and advocacy-related programs and activities across the state, showcasing aspects of CU’s academics and research across all four campuses.

Members of the CU Advocates program promote CU to prospective students and parents. They contact elected officials in response to legislative calls-to-action from the university. Advocates attend educational programs hosted by the university to gain a deeper of CU’s work to address issues, including research discoveries, as well as understanding the policy challenges and opportunities facing CU. Many advocates have written letters to the editor and guest commentary pieces published in newspapers and other media. Advocates have hosted community events outside the Front Range to welcome new students from northeastern Colorado, the Western Slope and southern Colorado.

Why I got vaccinated

COVID-19 vaccinations to be required of all CU faculty, staff, students

Send your thoughts and suggestions for the Newsletter.
END_OF_DOCUMENT_TOKEN_TO_BE_REPLACED