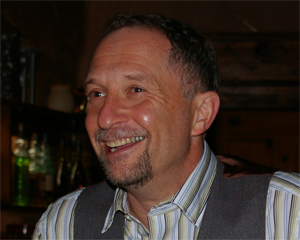 Philip Zeitler, M.D., Ph.D., professor of pediatrics and clinical sciences at the University of Colorado School of Medicine, is the 2013-14 recipient of the Chase Faculty Community Service Award.

Each year, a full-time CU faculty member who provides exceptional service to the community receives a $10,000 endowment, funded by a grant from Chase. An advisory council recommends an award-winner to CU President Bruce D. Benson, who bestows the honor. Zeitler was recognized by the CU Board of Regents at its April meeting on the University of Colorado Anschutz Medical Campus in Aurora.

In her Chase Award nomination letter, Dr. Kristen Nadeau, M.D., M.S., associate professor of Pediatric Endocrinology at the CU School of Medicine and Children’s Hospital Colorado, wrote that Dr. Zeitler “infuses a sense of social justice in all of his activities, ranging from clinical service to research acumen. Moreover, his efforts to help others extend well beyond the boundaries of his professional expectations, or the traditional confines of the standard work day. Dr. Zeitler is constantly extending himself for the betterment of his community — not just locally, but also on an international scale.”

A deep belief in volunteerism and service leadership has led him on travels to Ecuador, Vietnam and Peru, where he has taught English as part of Global Volunteers. Here at home, Dr. Zeitler is committed to assisting immigrant families in Denver to attain medical care, and uses his Spanish language skills to better serve the many Spanish-speaking families seen at Children's Hospital Colorado. He also has worked with Women in Crisis, a shelter for battered women and children, and has given his time and talents to many other nonprofits and religious organizations.

Dr. Zeitler, who joined CU in 1996, previously was recognized for his extraordinary service work and academic excellence by being named a winner of the university’s Thomas Jefferson Award in 2011.

“The award is moving and humbling, not only for the recognition of the university, but also for the fact that I was nominated and supported by colleagues I respect and have worked with for many years,” Dr. Zeitler said. “In recognition of the intent of the Chase Faculty Community Service Award, my wife and I will use the money to establish a program to provide small grants to Pediatric Department Faculty and trainees to support involvement in community service projects.  We hope that we will be able to leverage this award to promote self-discovery through service on the part of others.”

Tagged with:
award, Board of Regents, School of Medicine