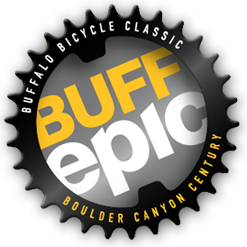 The 10th Annual Buffalo Bicycle Classic will climb up Boulder Canyon on Sept. 9. The new route will follow the most mountainous section of the Boulder stage of the 2012 USA Pro Cycling Challenge.

“This is a terrific course,” said Todd Gleeson, one of the event’s founders and dean of Arts and Sciences at the University of Colorado Boulder. “It’s rare for an organized cycling event to ascend all of Boulder Canyon. It is exciting that our citizens’ charity ride and a professional race stage will share much of the same route in the same year.”

The epic “century” ride will start on campus, ascend the Boulder Canyon to Nederland, follow the Peak to Peak Highway past Ward, descend St. Vrain Canyon to Lyons and then head east to Erie and back to Boulder. While the Pro Cycling Challenge’s Aug. 25 stage is longer (it starts in Golden and finishes on Flagstaff Mountain), it shares the demanding stretch between Boulder, Nederland and Lyons.

But the Buffalo Bicycle Classic still will include all of its five signature events: the classic 100-mile ride, now called the Foothills Century, plus its 70-mile, 50-mile, 35-mile and 14-mile Little Buff family-friendly community ride.

The 2012 Little Buff will be co-sponsored by the Center for People With Disabilities. The center expects 150 participants — including blind riders — from its organization, according to Ian Engle, the center’s executive director.

“This year, more than ever, the Buffalo Bicycle Classic will accommodate riders of every ability,” Gleeson said. “We are thrilled to share the joy of riding, particularly for such a good cause.”

Since 2003, the Buffalo Bicycle Classic has raised more than $1.6 million for scholarships and has funded 650 scholarships. The event is the single largest source of scholarships for the College of Arts and Sciences, which is the oldest and largest college at the university.

Scholarship recipients are selected based on grade-point average and financial need. They cannot apply for the scholarship and don’t know they are being considered until they learn they have won.

All net proceeds go toward scholarships, and a portion of the registration fee is tax-deductible.

Tagged with:
Buffalo Bicycle Classic, College of Arts and Sciences