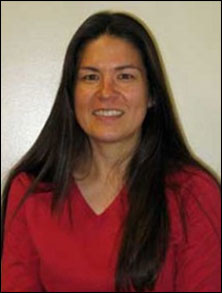 A new study led by Lisa Hines, assistant professor of biology at the University of Colorado at Colorado Springs, finds that factors known to increase the risk of breast cancer among white women have less influence in Hispanic women.

Published early online in CANCER, a peer-reviewed journal of the American Cancer Society, the study indicates that research is needed to evaluate how breast cancer risk factors differ among ethnic and racial populations.

Breast cancer occurs more frequently in certain ethnic and racial groups, but the reasons behind these differences are not fully understood. To investigate the issue, Hines led a study that considered how established breast cancer risk factors – including reproductive history, family history of breast cancer, menstrual history, hormone use, alcohol consumption, physical activity, height and body mass index – might be involved in explaining some of the observed differences in the occurrence of breast cancer among racial and ethnic groups.
They studied breast cancer among women from the Southwest United States who were enrolled in the population-based, case-control Four Corners Breast Cancer Study, which was designed to investigate factors that contribute to the difference in breast cancer incidence rates observed between Hispanic and non-Hispanic white women.

The authors noted that the study's findings also indicate that the use of models to estimate a woman's risk of breast cancer that were developed from studies among non-Hispanic white populations need to be evaluated among other ethnic and racial populations.