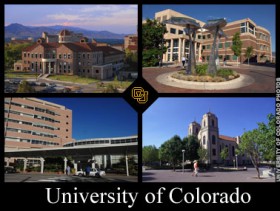 "We can maintain the administrative benefits of consolidation while doing a much better job of promoting ourselves externally and leveraging the strengths of the two campuses," Benson said.

The board in June asked the president to make a recommendation for naming and branding the two campuses of the University of Colorado Denver after hearing an update on the branding project. At its retreat last week, the board unanimously approved a resolution that reads:

The four campuses of the University of Colorado will have separate messages and visual identities, but will share common elements such as typography, core colors and a systemwide message. Each campus will use black and gold with an accent color that is specific to the campus. Landor, the branding firm working with CU on the project, is developing logos for UC Denver and Anschutz.

By early fall, the university expects to complete the project, which began last fall, Benson said.

The president, chancellors, CU Foundation leadership and chief communications officers have been working with Landor to develop a coordinated, cohesive visual identity that will take advantage of the collective strength of the CU system while also recognizing the distinctiveness of the campuses. The project will also result in systemwide messages, as well as those specific to the campuses.

Recommendations are based on research that included more than 12,000 survey responses from faculty, staff, students and alumni, as well as more than 40 interviews with people inside and outside the university.