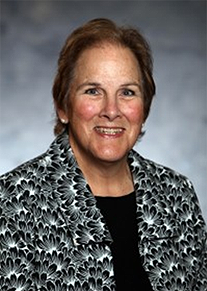 UCCS soon will launch a national search for a new provost, with the goal of hiring a permanent replacement for Margaret “Peg” Bacon by July 1, university officials announced Tuesday.

Bacon, a 34-year member of the UCCS faculty, announced her intent to retire effective July 1 during a meeting with deans of the six UCCS colleges and the Kraemer Family Library. She was named interim vice chancellor for academic affairs in 2006 and served in that capacity until 2008 when responsibility was added and the position changed to provost. She joined the UCCS faculty in 1978 as an assistant professor of education and later served as dean of the College of Education and chair of the Teaching, Special Education and Curriculum Department, now the Department of Curriculum and Instruction.

Prior to joining the UCCS faculty, she served as a middle and high school teacher and literacy researcher in Michigan and Massachusetts.

“Peg Bacon represents true commitment to this university and the faculty, staff and students who make it great,” Chancellor Pam Shockley-Zalabak said. “There are hundreds of faculty and thousands of students who have benefited from her wisdom, patience and intellect. She has earned the opportunity to move forward with her life, though her presence will be greatly missed in the daily operation of the university.”

As provost, Bacon served as the university’s chief academic officer with campus academic deans and the Division of Student Success reporting to her. She used her longtime knowledge of the campus and its employees to chart new directions. She leads an update of plans under way to change the university’s general education requirements and to deliver more weekend and online courses in an effort to better serve student needs. She actively participated in a new eight-year university strategic plan that will be presented to the CU Board of Regents in April.

“I have had a wonderful career at UCCS,” Bacon said. “I feel as though I have blossomed as a professional along with our campus growth. This is an exciting time for UCCS, and while I would enjoy being part of it, I am looking forward to transitioning to the next phase of my life.”

Shockley-Zalabak said she expects to name the members of the search committee by Feb. 15 and will charge the group to find a replacement. If a replacement is not in place by July 1, Shockley-Zalabak will appoint David Moon, senior associate vice chancellor, Academic Affairs, as interim provost.

Tagged with:
Board of Regents, Shockley-Zalabak