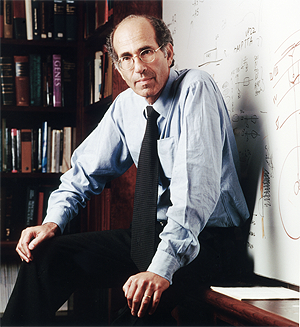 On Oct. 7, the BioFrontiers Institute will honor a professor dedicated to the science of smell. Richard Axel, M.D., a professor at Columbia University, has studied the olfactory processes in mammals for more than two decades. In 2004, he and postdoctoral researcher, Linda Buck, were awarded the Nobel Prize in Physiology or Medicine for their discovery of a large gene family that underlies the olfactory system in humans, allowing humans to distinguish between more than 10,000 different smells.

The University of Colorado BioFrontiers Institute will honor Axel with the 2014 Charlie Butcher Award for his work on the olfactory genome, believed to be the largest gene family in humans. The Charlie Butcher Award is given yearly to recognize leading scientists from around the world who have made significant contributions to bioscience and biotechnology.

As part of the award, the BioFrontiers Institute is hosting a free public lecture by Richard Axel at 7 p.m. Oct. 7 in the auditorium of the Math (Colorado Avenue & Folsom Street) building on the CU-Boulder campus. This year marks the first time that the awards lecture was designed for a public audience. The broad appeal of the science of smell motivated the institute to open this lecture to the community.

The sense of smell is essential to the survival of most species. It is used to identify food, detect nearby predators and interpret our environment. In humans, smells can warn us that food is not safe to eat, and can be powerful enough to trigger distinct memories years after they occurred.

Richard Axel and Linda Buck (who is now at the University of Washington) found approximately 1,000 genes, 3 percent of the total human genome, which are coded for olfactory receptors. What they learned was olfactory receptors are extremely specialized to identify particular odors. These receptors send information in electrical impulses to a small region in the olfactory bulb buried deep in the brain, which then passes it on to other areas. The brain then translates these impulses into “odorant patterns” that give us accurate and valuable information about our environment.

The annual Charlie Butcher Award was established in 2002 to recognize leading scientists from around the world who are dedicated to interdisciplinary science and to making a significant impact on human welfare and health.