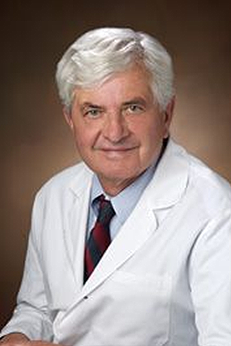 A research project at the University of Colorado School of Medicine that aims for more targeted therapies for melanoma—made possible by a $5 million anonymous gift—will be led by William Robinson, M.D., Ph.D., professor of medicine in the Division of Medical Oncology.

During this five-year research project, which begins this winter, investigators will undertake next-generation DNA sequencing of up to 3,000 tissue and blood cell samples housed at a melanoma biorepository on the CU Anschutz Medical Campus. Previous work in this area has centered on a small number of genes involved in the development and treatment of melanoma. This technique will allow these investigators to examine all 20,000 genes in each cancer.

This DNA sequencing will illuminate the gene profiles of each cancer case and help researchers discern individual patterns in molecular makeup, which will allow them to develop specific “targeted” treatments. Aided by bioinformatics expertise on the Anschutz Medical Campus and School of Medicine dermatologists, surgeons and molecular biologists, researchers can use the molecular information to select new therapies tailored toward an individual’s genetic makeup. The results of this study will be made freely available to other scientists around the world.

Melanoma is a potentially lethal cancer that until recently had no effective therapy once it spread beyond the skin.

The Anschutz Medical Campus houses one of the world’s largest melanoma biorepositories, with extensive clinical information underlying each of these biosamples. CU’s state-of-the-art health sciences facilities, most of which were built during the past decade, and breadth of basic and clinical research expertise add to the project’s outstanding potential for success.

The donor’s $5 million gift is expected to have a multiplier effect as follow-up projects are likely to attract further grants, additional private support and perhaps ultimately will lead to patents or spinoff businesses that could garner revenue.

The gift highlights the prowess and potential of cancer research on the Anschutz Medical Campus. The University of Colorado Cancer Center is one of 41 comprehensive cancer centers in the United States designated by the National Cancer Institute, and one of 23 members of the National Comprehensive Cancer Network, which recommends the guidelines followed by cancer-care providers.

“Melanoma has become the poster child for the development of new molecularly targeted therapies, due to the rapid advances that have been made recently in melanoma research,” said Dr. Robinson, a CU School of Medicine alumnus. “The information gained here will be made available to other research scientists around the world and will impact not only our understanding and treatment of melanoma, but other cancers as well.”

The impact of this research is particularly relevant for residents of Colorado, where ultraviolet light exposure is more intense due to high elevation. Colorado ranks among the top 10 U.S. states in melanoma mortality rate. But unlike other high-incidence locales such as Australia, where Dr. Robinson earned his Ph.D. and where public education campaigns have led to reduced melanoma incidence, Colorado’s rate has continued to increase.

Dr. Robinson said public education in the U.S. about melanoma risk factors must continue. “A majority of the sun exposure that leads to development of melanoma occurs during childhood and teenage years,” he said. “It’s not the sun you got last week. It’s the sun you got when you were young, when your skin is expanding or growing. Putting the suntan lotion on when you’re 60 is not likely to prevent you from getting melanoma.”

While melanoma is often equated with “skin cancer,” it is different from other skin cancers such as squamous and basal cell carcinomas that are rarely fatal. The significant threat from melanoma results from its spread into the bloodstream and then other parts of the body, which occurs if the cancer is not caught early. It is this more advanced stage of melanoma, which is often fatal, that Dr. Robinson’s research aims to tackle.

Send your thoughts and suggestions for the Newsletter.
END_OF_DOCUMENT_TOKEN_TO_BE_REPLACED