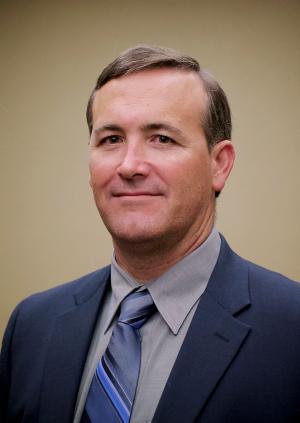 For Joe Jupille, 2017 was a year that brought significant honor and responsibility. An associate professor of political science at CU Boulder, he received the 2017 Teacher of the Year Award from the department. He also took on a new role as Faculty Athletics Representative (FAR), serving as a liaison between the campus’s athletics programs and the faculty.

“People ask about the job, and I was just looking at the job description,” said Jupille, who succeeded David Clough after his retirement. “It says the job is to promote academic success and integrity, institutional control – which is sort of NCAA-speak for following the rules – and student-athlete well-being. And I think that’s exactly right.

“But when I’m meeting students and describing the job to them or to my neighbors, I just say my job is to bring a faculty perspective to all things athletics. So that’s a huge remit, right? It’s not just the academics, it’s not just the students. It’s, how are we doing on Title IX? How are we doing on NCAA compliance issues? It’s a really big job.”

Away from the university, Jupille spends time with his wife and four children. “I read a lot and I like to fly fish, though I don’t get much chance to. I’m perfectly happy sitting at home hanging with my kids, reading a book or the paper, taking my dog out for a walk.

“We are just so lucky to be here where you don’t need to make a special point of doing something special – you can just walk out your front door.”

1. How did you come to be involved in the intersection of CU academics and athletics?

I was looking for opportunities to get involved on campus, to do service. I volunteered for the Boulder Faculty Assembly Intercollegiate Athletics Committee – and just loved it. We had a great chair, Liz Bradley, who was a good example of the whole thing – an Olympic rower and computer scientist in the College of Engineering. She’s an actual rocket scientist.

Obviously, academics is our first priority. But we’re a university and we want the universe – we want all this human experience. So I thought this would be a really neat place to get involved, really, as you say, at the intersection of academics and athletics.

Liz was cycling off the committee, so I either volunteered or got volunteered to chair that committee. That was really valuable, because it also gave me a chance to be on the BFA Executive Committee. I got a better sense of where athletics fits into the whole constellation of things we’re doing on campus.

As much as we wish everything in the university were sort of seamlessly integrated, we’re silo-ized in a hundred ways. That’s true within departments and across departments and across colleges and schools and so forth. I recognize that there is a certain degree of separation, so the FAR role really is a crucial interface between that world of athletics and our world of academics and research and teaching. That’s one of the qualifications for the job – knowing and being able to work with people in both of those settings.

2. College athletics can be a very polarizing enterprise in the eyes of many academics. How do you view that dynamic, not only at CU but on the national higher education landscape?

I think what we’re seeing is that when athletics is doing well, that benefits campus. And when the campus is doing well academically, that benefits athletics. I know, being in the Pac-12, when we meet with recruits, we’re competing against Cal and Stanford and other Pac-12 institutions. We (faculty) will say to the coaches, ‘Hey, we want you to raise your game – bring 4.0 students onto campus.’ They’ll say, ‘Well, we’re working really hard, but we lose some people sometimes to Cal and Stanford, so we want you to raise your game.’ And I love that! That’s an awesome way we can work to make each other better.

Let me talk about the FAR’s interactions. This is substantially a credit to my predecessor, David Clough. He really was this sort of uber-FAR nationwide. I think he really redefined the position – or was a major contributor in the redefinition of the position that is still underway. Decades ago, it was a role where you got a few tickets and T-shirts, you signed a few papers. David was really instrumental in professionalizing the position. It is a big job. A big part of that push to professionalize the position has been networking, sharing best practices and so forth. So for me, it’s a half-time appointment – 50 percent of my work-life now is FAR. That is about the norm in the Pac-12.

I think we’re probably about where our Pac-12 peers are. Bottom line, we are simultaneously world-class research institutions and we sponsor world-class college athletics.

I want to invite all the faculty to engage with me as FAR. I want to hear from people who are opposed. Obviously now, I’m part of the system. So a radical view would say, ‘Oh, you’re complicit in this system I don’t agree with.’ Well, let’s talk about it, OK? The same way we can talk about, in political science, the way the electoral college works. I think there are lots of good conversations to be had. I really want to invite everyone – faculty, staff – just reach out to me if they ever want to talk about the work we’re doing. They shouldn’t hesitate.

3. Within Division I athletics, how challenging is the CU Boulder coursework for student athletes?

One of the things we do look at – and that the FAR analyzes in working with the registrar and then presents to the Intercollegiate Athletics Committee – is we monitor course selection and major choice, and we would look at something like an inordinate number of independent studies.

The rigor of our curriculum is, I would say, roughly where we are in terms of the overall quality of the institution relative to our Pac-12 peers. We aspire to be Stanford – what’s not to love? – and we think we’re better than some others. And we want to be world-class. With all of the natural assets we have and the human talent that comes into this area and our values, there’s no reason we can’t aspire to be Stanford at the same time.

4. One of the courses you teach is “European Union Politics.” How do you approach teaching a course where the subject is so volatile and regularly shows up in news headlines?

I am in love with teaching that class.

This is the NCAA rule book: If I were teaching, I would drop it on the floor to show you the heft. It’s incredibly complex. Now, I am a student of the European Union and I get into the arcane rules that are embodied in the EU Treaties. If I had my copy of the EU Treaties, it’s bigger than the NCAA rule book – 500 pages versus 318. But it’s no less impenetrable to readers of English – or any language.

My main research interest, which really informs my teaching every day, is about institutions, about rules, the relationship between rules and politics. Rules sometimes constrain politics. But also, sometimes rules enable certain kinds of politics. Rules can be conditions under which politics happen but they can also be objects of political fighting.

In the U.S., we would talk about the filibuster. Sometimes it seems to bite, it matters – you’ve got to get to 60 votes. Other times, politicians say we’re going to get rid of the filibuster for certain kinds of questions, or the nuclear option – we’re going to get rid of the filibuster entirely. Institutions and politics are in this constant dance – just like the NCAA. It’s a very complicated set of rules with lots of loopholes that people try to exploit, so we legislate, and the system gets messy. It just keeps creeping a little bit every year. Same as the EU.

In this department in particular, we’re really focused on the science part of political science. This notion – not our department in particular – but this notion that CU Boulder is a place that has political bias is misguided. Because many of us are not as interested in teaching politics as much as we’re interested in teaching ways of thinking rigorously about politics.

We don’t chase the headlines. When you’re teaching about the EU, the goal is always inference. The goal is to be able to assimilate some specific instance – whatever is in the news today – into some broader framework. We follow the volatility. This is a real learning opportunity, right?

The sky is not falling. People always think the world is falling apart around them. One classic social theory framework is to think about continuity versus change: Is the world more about continuity or change? I’m definitely a continuity guy. When I look at the EU, I don’t see, ‘Oh my god, everything’s going haywire.’ I go, ‘Man, this is just like it was 50 years ago.’ Same set of rules, a lot of the same issues. New faces, slightly different manifestations of the things, but a lot of the same issues.

5. Two of your degrees are from the University of Washington, which was CU’s opponent in the 2016 Pac-12 football championship. Was that a difficult game for you to watch?

Listen, I’m rooting for the Buffs. I’m Buffs all the way at this point. I grew up as a fan of the Cal Bears, I went to Washington and was a Husky fan, now I’m all in on the Buffs. It wasn’t that bad because I think Washington was a great football team and I could feel better about my second-favorite team winning. Also, when Washington got into the College Football Playoff, that generated a bunch of extra revenue, which in the Pac-12 is equally distributed to the 12 member institutions. So we got a six- or seven-figure increment for the University of Colorado because of the success of Washington.

It’s all good. The Pac-12 is such a joy. I’m a West Coast guy who grew up in California. I’m obviously a partisan, but with the values we hold, and what the academic quality is, it is the best conference in the country. What else even could compete? I guess I could say the Big 10 competes – if you like clouds, humidity, flat places. Which I don’t! I don’t like any of those things. Right? We’re in the West. It’s natural beauty, great values and amazing academic quality.