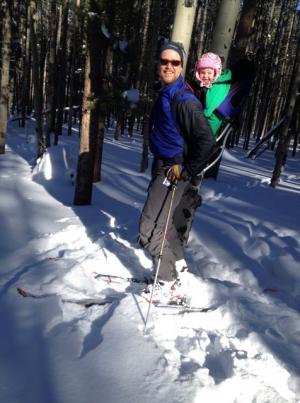 A college emergency medical technician (EMT) class that became a summer job led Christopher Davis to medical school and his current position as assistant professor of emergency medicine and the medical director of Altitude and Mountain Medicine Consultants. That summer job – working as an EMT for the Appalachian Mountain Club at a backcountry hut – was an inspiring exposure to medicine and wilderness care. One unforgettable moment was watching a doctor treating a patient at the hut who was in cardiac arrest. The doctor was having trouble adequately ventilating the patient. After several attempts, the doctor improvised – a key to wilderness medicine – by using his CamelBak to make an airway into the patient’s throat.

Soon after, Davis came to Colorado where he attended medical school (2003) and chose emergency medicine as his specialty. He completed his residency at Denver Health (2007), which he says, “has a spectacular program.” Near the end of that residency, he developed a fellowship (2011) in wilderness medicine and spent a year training in wilderness care, including study at the London School for Tropical Medicine and Hygiene. The next step was being hired as a faculty member in 2012 at the CU School of Medicine, where, in part, he teaches wilderness medicine.

He has collaborated with colleagues in the Division of Infectious Disease and Children’s Hospital Colorado and developed the TEAM (Travel, Expedition and Altitude Medicine) Clinic, of which Altitude and Mountain Medicine Consultants is a part. Most recently, he helped secure a grant that will serve to further the school’s efforts to become an international presence in wilderness care and telemedicine.

As one might expect given Davis’ work, he is an avid outdoors person who skis, climbs, hikes and bikes whenever he has the opportunity.

“I love being in the mountains. It was something I was exposed to from a young age. We grew up camping and playing outdoors and I’ve continued that. In college I took a semester off and hiked the Appalachian Trail. It was a spectacular exercise in independence for a 19-year-old.”

1. What does the TEAM Clinic do? 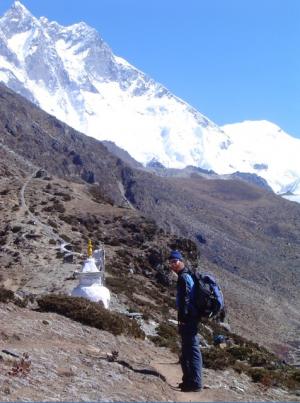 TEAM has a couple of different missions, but some of what the clinic does is provide pre-travel advice for the whole spectrum of the population. For instance, for people with organ transplants, what are the implications of traveling to a place where malaria and other parasites are common? It also offers similar advice for healthy people. It also serves as a regional hub for people who are having difficulty with high altitude. Those people might be climbers, but more often, it serves a portion our aging population that lives in Summit County and who are developing heart or lung disease. They aren’t feeling well and often ask whether their only option is to move to a lower altitude. In those cases, the approach is to take a deep dive and see if there are ways to optimize these patients’ health while they are at high altitude and get them feeling back to their baseline.

2. How is wilderness care different from “normal” emergency medicine?

Wilderness medicine is really any type of medicine but without all the support and the bells and whistles that you would expect at a tertiary care hospital like the University of Colorado. So it’s medicine without CAT scanners, for instance. The heart of wilderness medicine is all about improvisation meeting preparedness. If we were to go on an expedition, we would think about what was most likely to happen, then we would train and prepare for those scenarios. We would train for what to do in what we call a limited resource environment where you don’t have a lot of drugs or supplies available. Inevitably, no matter how much we prepare, it won’t match the reality when something goes wrong. That is where the art of improvisation comes in, where you use what you have and do the best you can do.

As an example, we were supporting doctors doing high altitude research in Bolivia at a closed ski area at 17,000 feet. The research was studying healthy college students to see how they adapted to high altitude and how long that adaptation lasts. One morning, one of our staff members woke with bad belly pain in the right lower quadrant, and he’s got a pretty darn good story for appendicitis. In the States, appendicitis is a surgical emergency which is promptly treated with a trip to the operating room. But what do you do in the middle of nowhere when you are two hours of dirt roads away from the nearest city in a country without a comparable health system?

We could have tried to get him on a plane back to the states, but we drove him into La Paz, looking for a clinic we could trust. In the States, we would call for a CAT scan to confirm the diagnosis. We drove around the whole town looking for scanning equipment, but either everything was broken or the technician wasn’t available. Finally we stopped at a clinic where the doctor said, “You don’t need a CAT scan; he obviously has appendicitis.” About an hour later, he was in the operating room with a fabulous surgeon.

3. Wilderness medicine and the topic of altitude also influence your research. What are some topics you’ve recently studied?

A paper on avalanche injury patterns just recently was accepted. Basically, the types of winter recreation that people enjoy have changed during the past 30 years. It used to be skiers and climbers out in the winter backcountry. Now, backcountry users include snowmobilers, snowboards and people with split boards, so we have different populations with different mindsets. What we wanted to do was track how trends in avalanche fatalities have changed over the decades, from the 1950s to today. Basically, what we found is that now snowmobilers constitute the highest risk group with the highest number of fatalities on average in any given year. When avalanche education was developed, it was geared toward skiers, not snowmobilers. From a public health perspective, the question is whether we are now targeting education appropriately to snowmobilers.

We can’t answer some questions. For instance, we can track fatalities because they all get reported, but we don’t know the total number of people out there in a given day or how many people might get caught in an avalanche but don’t report it. So we don’t know if it’s a numbers thing, that there are more snowmobiling fatalities because there are more snowmobilers or if the fatalities are specifically linked to their behaviors. 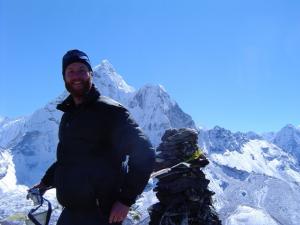 We do know that there are risky behaviors that snowmobilers have that are unique. For instance, there is a practice called high pointing where you gun the snowmobile and drive it up a steep slope as fast as you can and as high as you can get until the vehicle stalls out. That practice is a common percipient for avalanches when we look at case reports.

My interest in altitude illness includes some of the findings that came out of Bolivia. We were trying to track the epigenetics of high altitude. Each person who goes to a high altitude acclimates at different speeds and that’s why some people get sick and some people don’t. A lot of that is determined by genes, but there also are what are called epigenetic factors, which are imprints from the environment that can create a memory of that exposure. Some of the questions we were trying to answer with that study was how long that memory lasts, and what are the actual molecular pathways of that memory.

We’re hoping soon to publish a paper on whether or a history of migraines puts you at risk for acute mountain sickness, which is characterized by headaches. The question is, if you get headaches day to day, are you at risk for getting the type of headache that is associated with acute altitude sickness?

Incidentally, speaking epidemiologically of population health, your risk of acute mountain sickness falls as you age. As you go to a high altitude, your brain swells. Since the skull is basically a box, as your brain swells, it’s going to hurt. One theory, which has yet to be proven, is that as we age, our brain shrinks, which leaves more room in the skull, and that is why we think older people don’t get acute mountain sickness at the same rate.

I teamed with Bill Brandenburg, one of our fantastic med students, to look at medical knowledge and preparedness in hikers who are climbing Colorado’s 14ers. We wanted to get a sense of whether age or ethnicity or gender drives how prepared a person is when hiking a 14er. What we found is that the general medical knowledge of those people hiking or mountaineering on Colorado’s high peaks is pretty low. On a six-question survey, most people got the questions wrong.

The other interesting thing is, for better or worse, the more affluent you were, the more likely you were to have an expensive medical kit and be “more prepared.” Bill’s paper went on to win a student research prize.

4. The school recently was awarded a grant to apply your wilderness knowledge and training to a research program in Greenland. Through that grant, what role will the school play in that research?

We helped run the EMS service for the United States Antarctic program in 2013 and 2014, and through that work, we were introduced to a company called Polar Field Services. They support logistics for research being done in the Arctic. Out of that collaboration, they asked us to support their work, which entails a few different things. First we will design and ship medical kits for all of their research teams all over the world, including Canada, Alaska, Russia and Greenland. We also will provide telemedicine support for those research teams. They are out in the middle of nowhere but they have satellite phones and can call into our telemedicine hub at UCHealth. This is a very small cog in the wheel of a grander plan to expand telemedicine at UCHealth.

The most fun and interesting part of the program is that there is research station called Summit Station in the middle of the ice cap that supports about 50 researchers in the summer and has 5 staff members there in the middle of the arctic winter. To support that team, we will send an expedition medic up there. This year, a nurse who has training and experience in wilderness care will be on site. (Take a tour of Summit Station.)

In essence, we are trying to build a section of wilderness medicine and become an international center of expertise.

5. You mentioned that watching a doctor improvise as he treated a patient had an effect on you and your career. Have there been other moments or events that have made an impression?

Yes. In the emergency department, the mindset is just “do, do, do.” Everything is quick. One of our younger physician assistants asked for some help with a patient who was very sick. I sat down with the patient and tried to get a sense of the person’s goals and what they wanted. The request from this woman was that she wanted to die with dignity. We totally switched gears in terms of care. We went from being aggressive and “do, do, do” to putting into place a plan to keep the patient comfortable and get her back home.

I remember turning to the PA after we had this really difficult conversation with the patient and saying, “That was real medicine.” 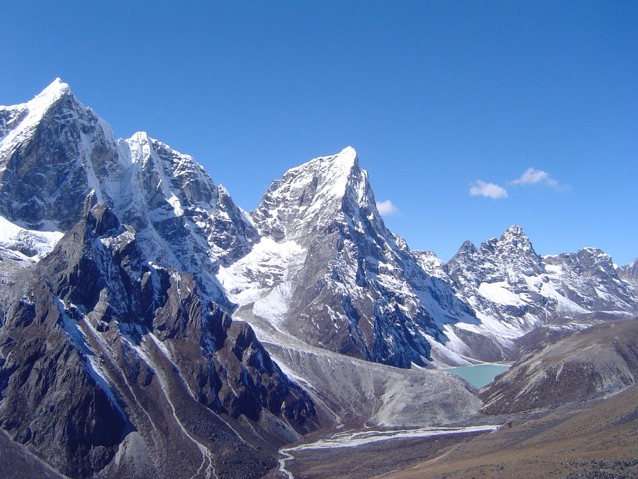