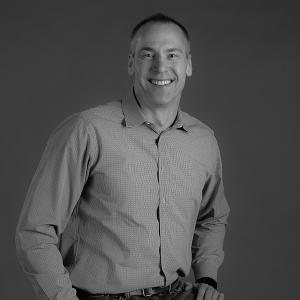 For over 12 years, Emmy-winner Bryan Less’ quiet approach, technical skills and critical eye for the art of video have culminated in masterful and compelling teaching, training and promotional materials for CU Denver and the CU Anschutz Medical Campus.

A 25-year veteran in all aspects of film, Less manages CU Productions, which offers full-service media production for videos, online classes, podcasts and more. He works with clients from the campus schools and departments, as well as health partners such as the Colorado Department of Human Services Office of Behavioral Health. 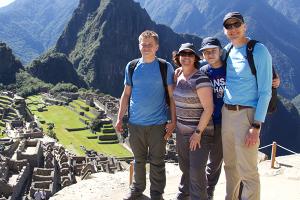 Less departed early on from his original major in business at the University of Iowa. During his freshman year, he worked for the football department, video recording practices and games. Here he found his calling, changed his major and has been working in the profession ever since.

Less is married and has “two great teenage boys who put me to the test every day.” Outside of work, he enjoys spending time with his family, exercising and working in his yard.

1. You’ve previously produced online learning videos. With the pandemic, some educators were sent scrambling to learn the basic skills of remote education. What tips do you have for those entering this space for the first time? 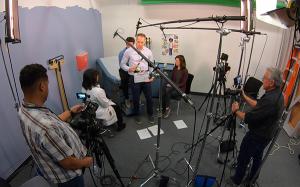 Having produced 11 classes and more than 300 lessons for the University of Colorado and its partner Coursera, we have a lot of experience in this area. Producing online lesson content is much different than lecture-based teaching.

When recording a class for online education, the first and most important tip is not to underestimate the time commitment. Second, be prepared for the recordings by having your scripts ready, whether you’re working with a studio team or by yourself with your own equipment. This will keep you on message and reduce the number of retakes. Third, keep the length of your lessons short. And finally, be creative and open to visual diversity by using photos, graphics, video vignettes and animations.

2. Tell us about your staff at CU Productions: How many folks work for/with you and in what areas of specialty? 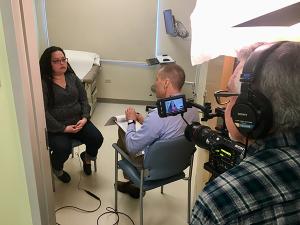 CU Productions is a team of two, Steve Hall and me. Steve has been with CU Productions for a little over a year and brings more than 20 years of editing experience from the entertainment industry. He’s also a videographer and photographer.

My primary responsibilities are to meet with clients to clearly understand their video needs and serve as executive producer of our projects. You’ll also find me scripting, operating a camera and editing. Steve and I wear a lot of different hats.

3. CU Productions covers CU Denver and CU Anschutz, with studios on each campus. What are some differences between the campus cultures and requests? 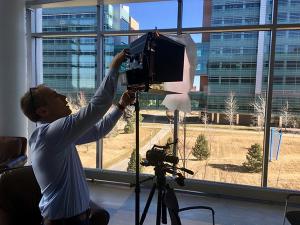 The majority of our projects for the two campuses are promotional in nature. For example, we worked with the School of Education and Human Development on the CU Denver campus on a video to promote their Culturally Diverse Education program. Similarly, we created a video for the Department of Family Medicine on the CU Anschutz campus promoting diversity in their department.

One difference between the two campuses is that we tend to produce more training videos on the CU Anschutz campus. Most recently, we produced a training video for nurses on how to provide care to infants in the NICU (neonatal intensive care unit) at Children’s Hospital Colorado.

4. What are some examples of the top online courses and projects you’ve produced? What made them so successful?

CU Productions worked with the CU system office to produce 11 courses and more than 300 online lessons in partnership with Coursera. One of the most successful online classes is Data Warehousing, which we produced with CU Denver Business School professors Mike Mannino and Jahangir Karimi. Because these professors used alternative approaches to deliver their lectures and content, the online class has been a huge hit with students.

One of my favorite projects was a set of training videos for the Department of Health Care Policy on the CU Anschutz campus. These videos train state surveyors on how to properly interview residents of care facilities. I really enjoyed this project for two reasons. One, it allowed me to take on all aspects of the producing and directing process. And, two, there’s such fulfillment in knowing the work you do has the potential to improve the quality of life for others.

5. Which of your projects won an Emmy Award?

While working at the University of Iowa in the mid-’90s, I was a videographer and editor for a series of educational videos on health and wellness. One video in particular was on spiritualty. We traveled the country gathering many different perspectives on religion and spirituality from prominent individuals such as Robert Schuller, a prominent Christian televangelist, and Leo Buscaglia, also known as “Dr. Love” and a popular figure in the 1970s and 1980s. Iowa Public Television broadcasted the series. We entered the spirituality video in the regional Emmy Awards, and we won!