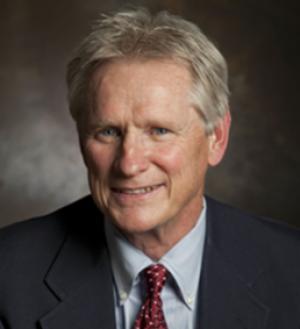 CU-Boulder Vice Chancellor for Administration Steve Thweatt has announced he will retire from the university on Oct. 16, 2015.

Thweatt, who was appointed to the post on July 1, 2014, informed Senior Vice Chancellor and Chief Financial Officer Kelly Fox of his decision earlier this week.

“I want to thank Steve for his leadership and service to CU-Boulder in several key posts over the past two decades,” Fox said. “His commitment and constant attention to CU-Boulder’s unique architecture and grounds for the better part of two decades has helped to transform the campus for a new century.”

Prior to returning to CU-Boulder in 2012, he was associate vice president of planning, design and construction at Emory University in Atlanta.

From 1994 to 2007, Thweatt served as the CU-Boulder campus architect and director of planning, design and construction.

The vice chancellor for administration supervises a division of almost 700 employees and oversees an annual operating budget of $112 million. Areas of responsibility include campus construction, facilities management, police, parking, environmental health and safety, printing and the campus bookstore.

“It has been a privilege to serve at CU-Boulder and to have had stewardship over the most beautiful campus in the nation,” said Thweatt. “I am proud to have been a part of the vision and development of the university in a time of remarkable transformation.”

Fox said she will soon announce a national search for the next VCA.

Claw draws on indigenous roots in approach to research and mentoring