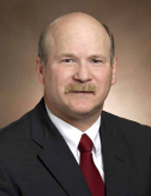 Fifteen years ago this month, Kurtis Roose was in his primary care physician’s office for a routine physical exam when he experienced a seizure. He didn’t realize it had happened.

Another occurred a week later. The 26-year-old Roose went to the hospital the next day for a CAT scan that shockingly revealed a roughly 1-inch tumor in the left temporal lobe of his brain. A subsequent MRI confirmed the tumor’s malignancy.

Roose’s surgery was successful, but his road to recovery was far from over.

“Brain tumors are not surgically curable,” Lillehei said. “Surgery, however, is an important adjunct to treatment to decrease the tumor burden within the body, allowing additional treatments to be more effective.”

More than a year of medical therapy followed, but Roose emerged from his grueling battle with the disease with his health restored and, later, a longstanding commitment to help others stricken by cancer.

While attending a brain tumor conference, Roose met the family of Michele Plachy-Rubin, a Denver mother and kindergarten teacher diagnosed with brain cancer in December 1996 – just three months after Roose received the same diagnosis. Plachy-Rubin lost her battle, and in the wake of her death, Plachy-Rubin’s mother began the Race for Research, an annual fundraising 5K run/walk for local cancer research. He successfully persuaded the hospital’s marketing department to sponsor a team for the race, which is managed by the Cancer League of Colorado. A good portion of the money raised goes to the University of Colorado Cancer Center.

The most recent race in August raised more than $60,000. The total included more than $1,800 from Roose’s team – the greatest individual team amount, he said.

Money from the race is pooled and made available to researchers who submit grants. Among other things, the money so far has funded preliminary work in cancer vaccination research and studies to understand the genetics of high-grade tumors.